Some (More) Foreign Coats of Arms in Copenhagen


In addition to the foreign arms and flags already seen in Copenhagen, Denmark, there were some others on the street just behind our hotel.
And as is becoming far, far to common for me, it was the heraldry rather than the bottles which truly caught my attention. 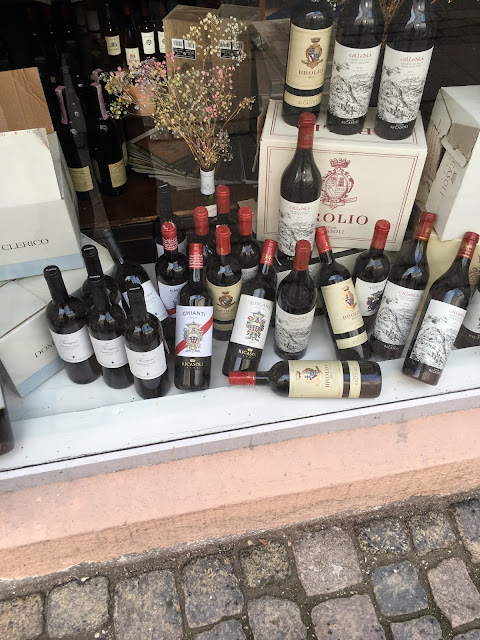 In the window of this store, there were at least three different coats of arms to be seen:
First, we have bottles of Ricasoli Chianti: 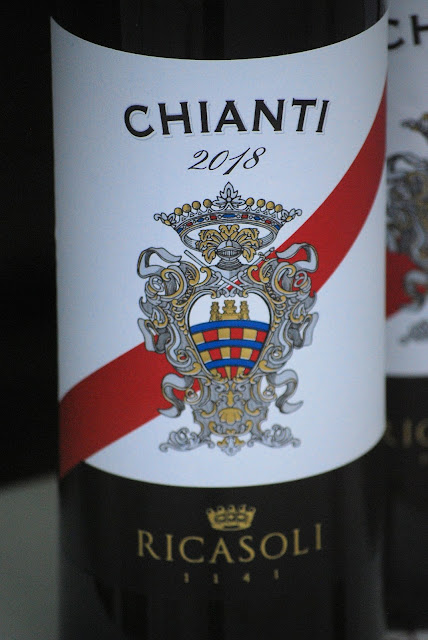 My best attempt at blazoning these arms is: Paly of six or and gules three bars azure issuant from the chiefmost a chief argent charged with a castle triple-towered or.
Then, also by Ricasoli, we have Brolio Chianti Classico: 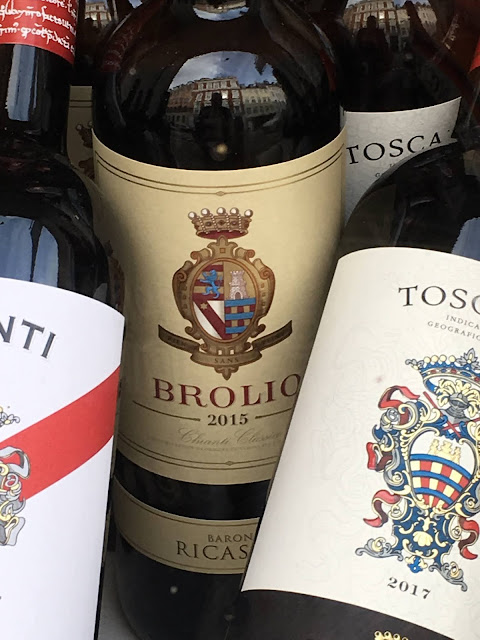 These arms are marshaled (note the slight difference to the sinister arms here from those on the bottle of Ricasoli Chianti, above): Per pale, dexter, Argent on a bend gules in chief a mullet (of six points) or on a chief barry of six or and gules a lion rampant azure; sinister, Gules two pallets or overall three bars azure issuant from the chiefmost a chief or charged with a tower argent.
And finally, we have Livio Pavese Corniolo, a red wine from Monferrato, Piemonte, Italy: 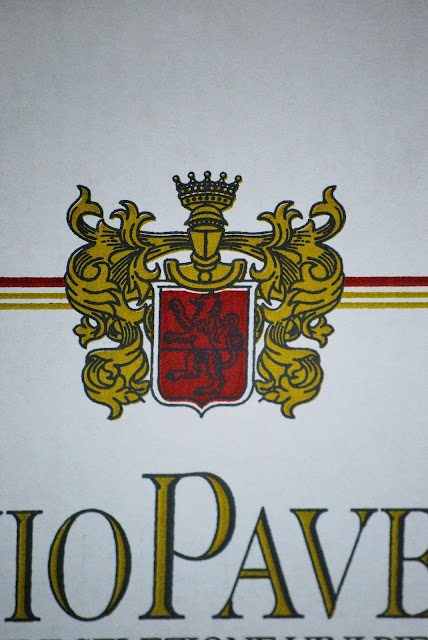 I am probably incorrect about these arms, but what they look like to me would be blazoned: Per fess gules and gules a lion rampant sable adumbrated [all within a bordurelet argent]. (I suspect that the "bordurelet" is not truly a part of the arms here. Indeed, some of the other products that I find on-line from this vintner make the arms Gules a lion rampant or, which makes more heraldic sense.)
Still and all, it was fun seeing some heraldry from far-off Italy on the streets of Copenhagen, Denmark!
Posted by David B. Appleton at 2:00 AM