On to Frederiksborg Castle (Beware the Lions!) 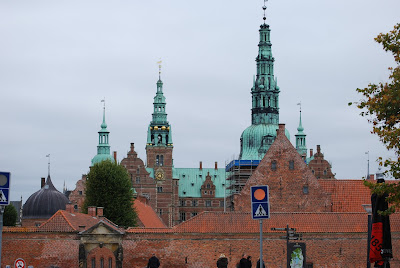 We had to go there, because it is in the Castle's chapel (well, technically, they're mostly on the second floor, the Riddersalen or Great Hall, above the Chapel proper) that we can see the painted armorial plates of the members of the Order of the Elephant and the Order of the Dannebrog.
There is also, as you will see, some other heraldry there, too.
Frederiksborg Castle was built on three islets in the Slotssøen (castle lake) as a royal residence for King Christian IV of Denmark-Norway in the early 17th century, replacing an older castle acquired by Frederick II and becoming the largest Renaissance residence in Scandinavia. After a serious fire in 1859, the castle was rebuilt on the basis of old plans and paintings.
The entrance to the Castle is well-guarded by a pair of stone lions, who will apparently try to eat non-authorized personnel (or uppity Americans, or something like that) trying to enter the Castle. 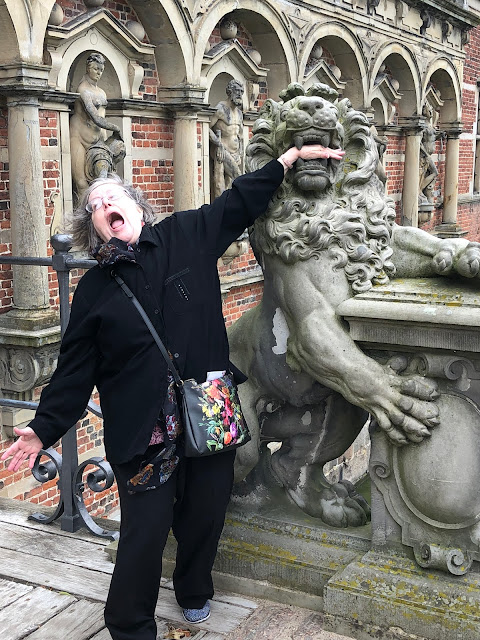 The two lions, shown below without sacrificial victim, each have a forepaw on a blank cartouche in a rococo frame. (Cue my usual rant about empty shields and the temptation to paint or carve something onto them.) 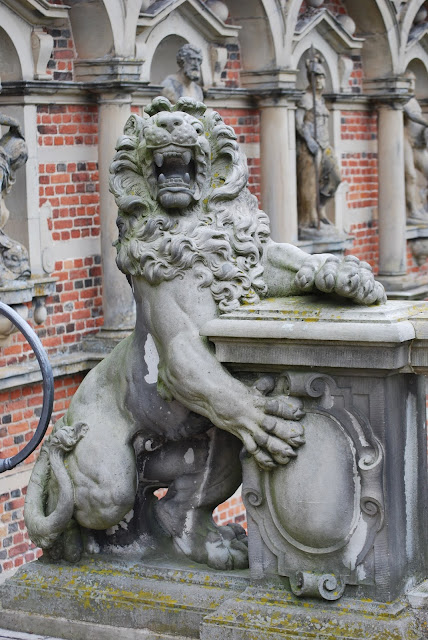 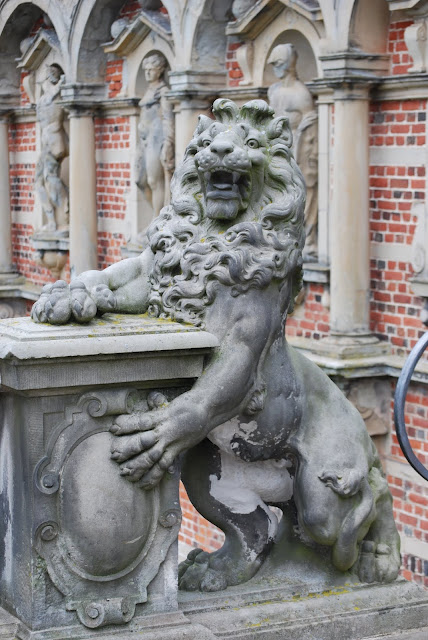 Next time, we see some real heraldry!
Posted by David B. Appleton at 2:00 AM