Always Look Around the Sides of a Building


It is so very often worth it, to go around to see the side of a building which has a frieze of heraldry on its front. And in this particular instance, I would say it was well worth the look. Because along the side we found shields of arms between every set of windows here. 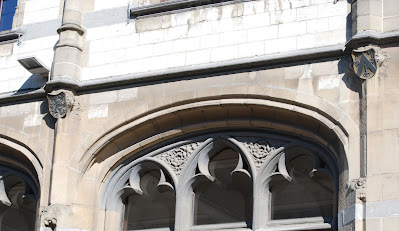 On the left, we have the carved and painted arms of Veurne, Or a lion rampant to sinister sable charged on the shoulder with a trefoil slipped vert; 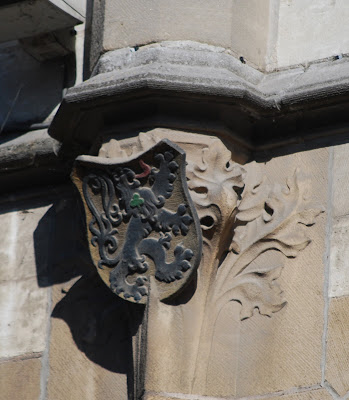 and on the right, the arms of Oostende, Or a chevron between three keys palewise wards to chief sable. 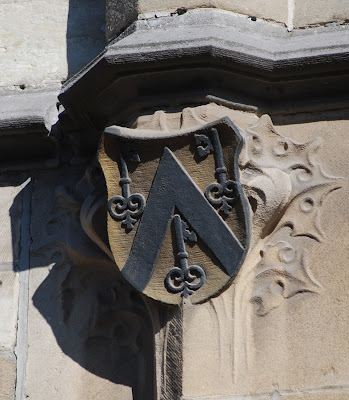 Further along the wall, more heraldry! 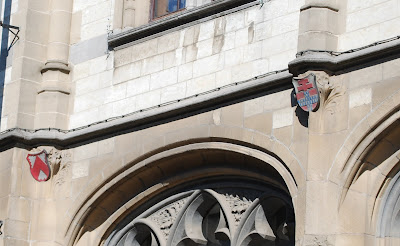 On the left, the arms of Kortrijk, Argent a chevron within a bordure engrailed gules; 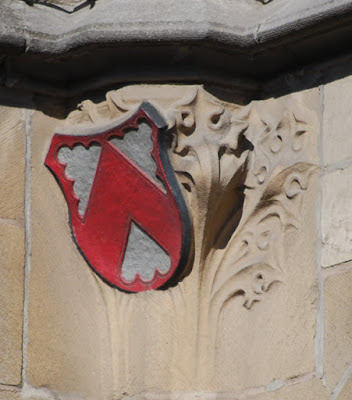 and on the right, those of Ieper (Ypres), Gules a cross vair on a chief argent a patriarchal cross gules. 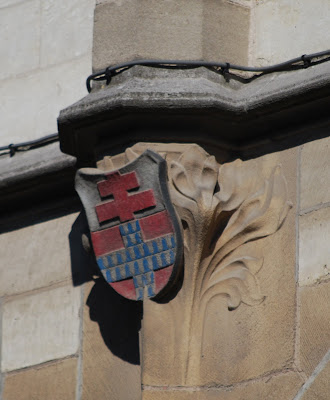 Next time, further along this wall, more shields!
Posted by David B. Appleton at 2:00 AM