Finally! The Last of the Civic Arms on This Building

And now we come to the final four shields of civil heraldry on this side of the building in old Ghent, Belgium. 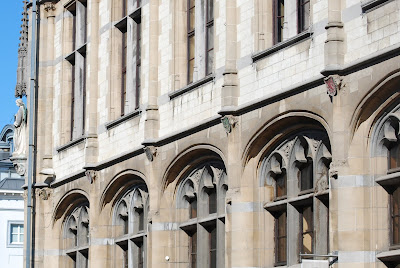 These carved and painted shields are, from right to left this time (gotta stir things up, don't you know? Can't have people getting complacent when reading this blog), the towns of: 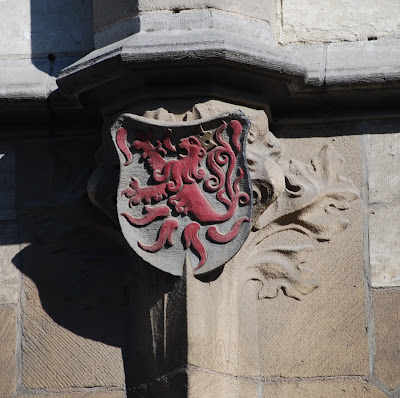 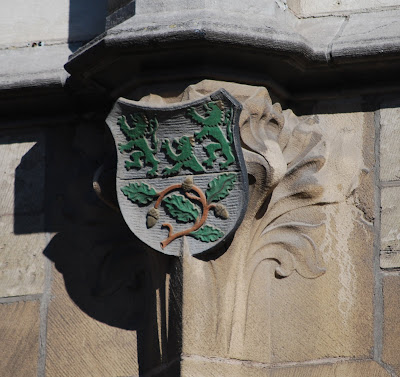 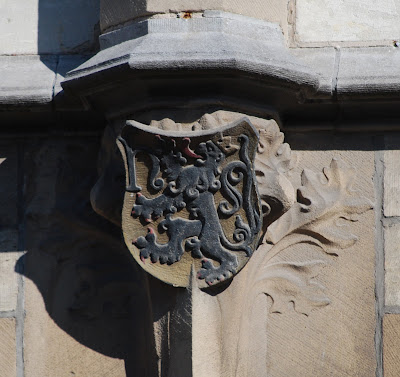 Huy: Or a lion rampant sable crowned or in dexter chief the letter H sable; and 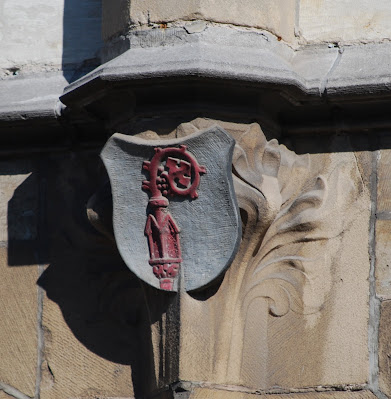 Nivelles, Argent an abbott’s crozier gules (missing in this depiction is: overall an inescutcheon of Brabant, Sable a lion rampant or).

I have to admit, now that we've finished looking at the arms across the face and side of this building, I'm trying to figure out ways to do something similar on my house. (The real issue with doing that at home is: (1) getting my wife to allow me to do it; and (2) trying to figure out how to pay to get it done. Stone carvers don't come cheap, you know!)
Posted by David B. Appleton at 2:00 AM