And, Some Not Heraldry

Not everything on a shield, and not everything that looks like it might be kinda, sorta heraldic, is heraldry.
Here are a couple of items of "not heraldry". 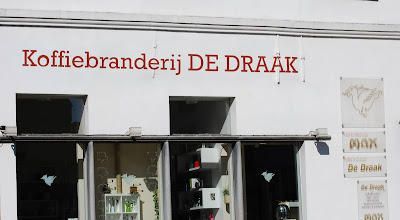 Here, on the façade of the Koffiebranderij de Draak (The Dragon Coffee Roastery), is a really very cute little dragon/wyvern.* 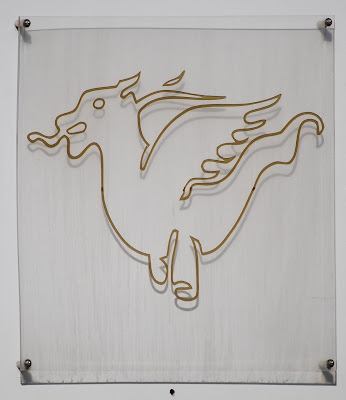 The dragon appears in a few other places around Ghent, most notably at the peak of the Belfort. 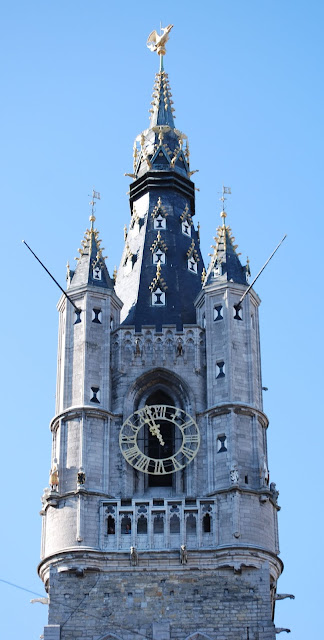 And this one, being slain by Saint Michael the Archangel. 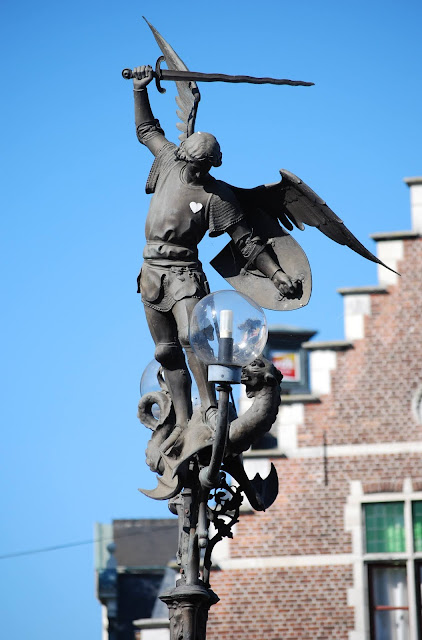 Our other piece of today's "not heraldry" won't tell you who the owner is, but it will at least give you the time of day.

I was thinking that it was a little later than 09:15 a.m. that day that we passed by this statue, but who am I to argue with an angel bearing a sundial on a shield?
* English heraldry differentiates between a four-legged dragon (a dragon) and a two-legged dragon (a wyvern). On the Continent, almost all dragons are of the two-legged variety, and no differentiation is required.
Posted by David B. Appleton at 2:00 AM