Inside and Outside the Cathedral in Antwerp, Part 3 of 3


One final coat of arms of which I found examples both inside and outside of the Cathedral of Our Lady in Antwerp, Belgium, were the arms of the Bakers Guild 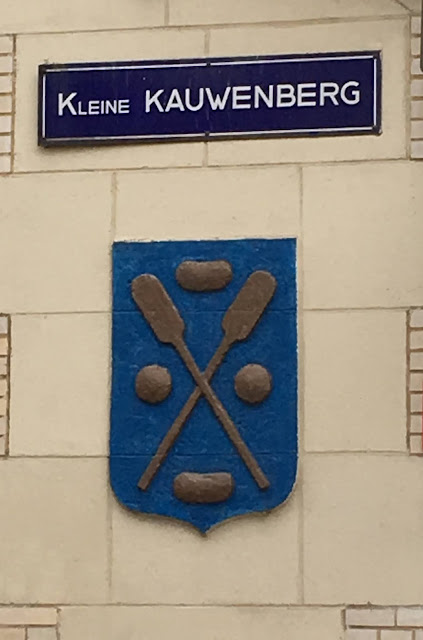 It's a great, simple, and immediately identifiable as belonging to bakers a coat of arms as you could hope to find.
It would be blazoned Azure two baker's peels in saltire between in pale two loaves of bread and in fess two (round loaves, or are they pies?) all or.
Now, that example was, obviously, found out on the street, on the wall of a building.
This example was hidden away in one of the many stained glass windows in the Cathedral. 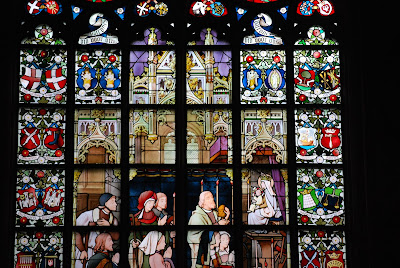 You may have to hunt a bit to find it here, but the arms of the Bakers are in the top row of arms on the far right, impaling a coat of arms that is Gules a windmill vanes in saltire or with steps argent leading to its doorway sable.
This impaled shield is labeled Backers (Bakers).
Once again, you may may want to click on the image above to see a larger version which is easier to make out.
Posted by David B. Appleton at 2:00 AM