The BIG Stained Glass Window in the Chapter House


Moving from the Cloister through a doorway into the Chapter House, the visitor is confronted at the far, east, end of the room by a huge stained glass window depicting in its main sections people important in the history of Canterbury from Queen Bertha to Queen Victoria. (You can click on the image below to see a larger version of this photograph.)

A more detailed description of who is who in this window can be found on-line at http://www.canterbury-archaeology.org.uk/chapter-east/4590809637 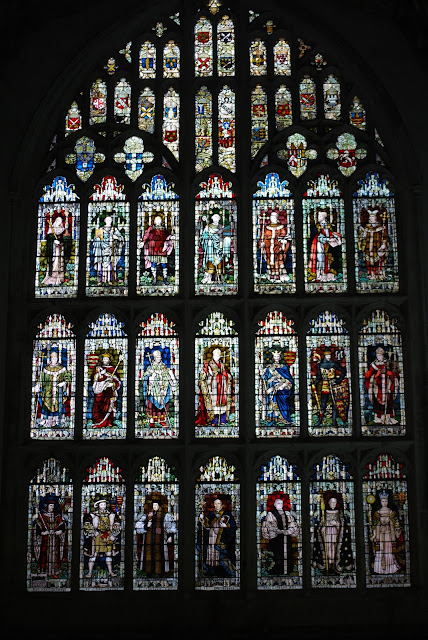 Most of these individuals, with the exceptions of King Henry III, King Edward I, the Black Prince, King Henry IV, King Henry VIII, and Queen Victoria, are not shown with their coats of arms. 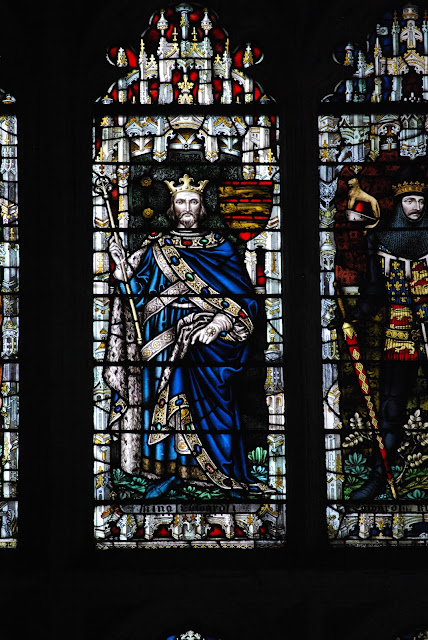 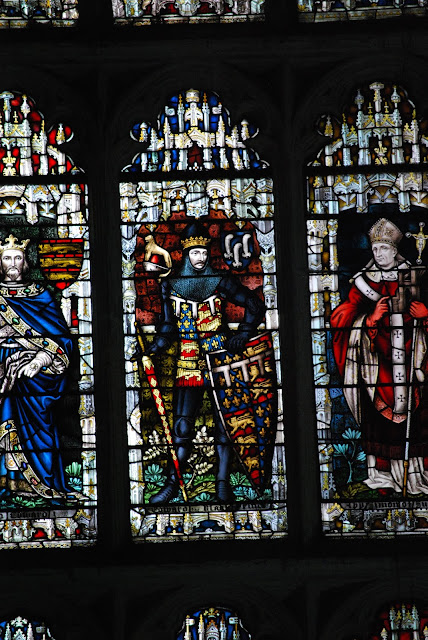 The upper part of the windows display a number of coats of arms, mostly of different sees around England with the arms of a few individuals thrown in for good measure (e.g., the arms of Archbishop Temple impaling those of the Archepiscopal See). You may recognize some of them without even needing to look them up. 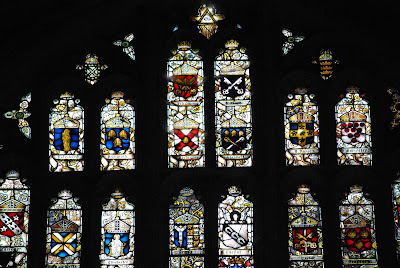 In between is a row of heraldry with four coats of arms we have seen several times before in our survey of heraldry in Canterbury:

Here, the Archepiscopal See of Canterbury, and the Canterbury Cathedral Dean and Chapter: 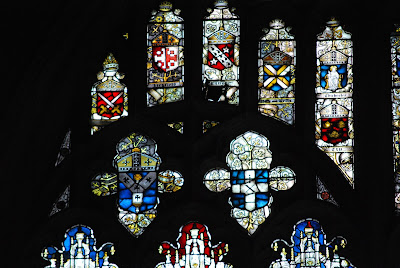 And the Grand Lodge of Masons (Gules on a chevron between three towers argent a pair of compasses sable, impaling Quarterly azure and or a cross quarterly argent and vert between 1st a lion rampant or, 2nd a bull passant sable, 3rd a man statant affronty hands elevated proper vested sable [should be vert?], and 4th an eagle displayed or), and the County of Kent. 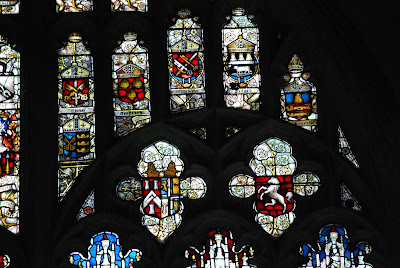 It is an awe-inspiring window, and well worth the time to sit and glory in its construction and colors. And its heraldry.