More Arms in the Chapter House at Canterbury Cathedral


After entering the Chapter House at Canterbury Cathedral, and finding yourself a bit overwhelmed at the sight of the large stained glass window at the eastern end of the room, if you turn around and look at the wall behind you, there are a couple of windows looking back out into the Cloister with coats of arms in them. In one window, all of the arms are of former Archbishops of Canterbury. In the second, the arms of those of some of the Deans of the Chapter of the Cathedral of Christ Church, Canterbury. 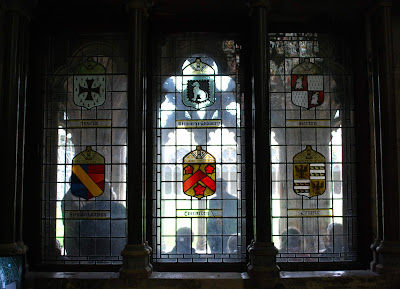 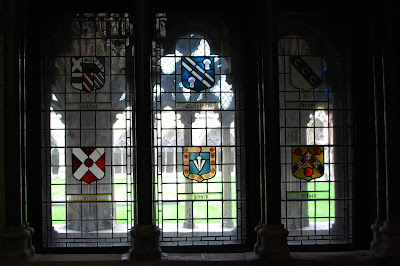 Once again, you may recognize some of this heraldry from where we have run across them elsewhere in Canterbury (or even earlier, at St. Mary-at-Lambeth in London).

From left to right, and moving from the left window to the right one, we have:

The attributed arms of Archbishop Anselm (1093-1109) [all the dates included here refer to their tenure as Archbishop of Canterbury], Argent goutty de sang a cross sable, and Archbishop Stephen Langton (1207-1228), Per pale azure and gules a bend or. 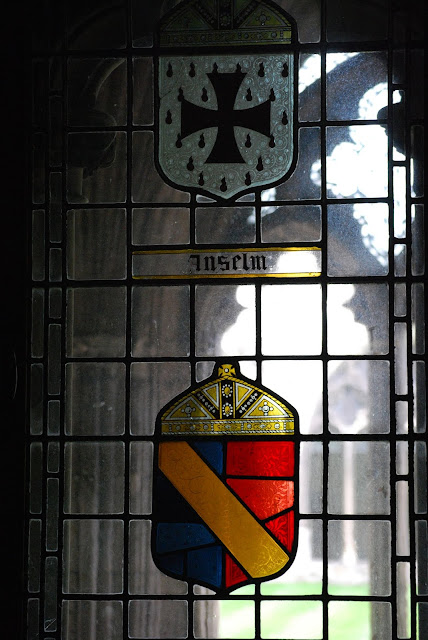 Simon de Sudbury (1375-1381), Sable a talbot sejant within a bordure engrailed argent (There is another coat of arms attributed to the Archbishop - Argent on a cross azure the letter M crowned or - but he bore these arms on his seal) and Henry Chicheley (1414-1443), Or a chevron between three cinquefoils gules. 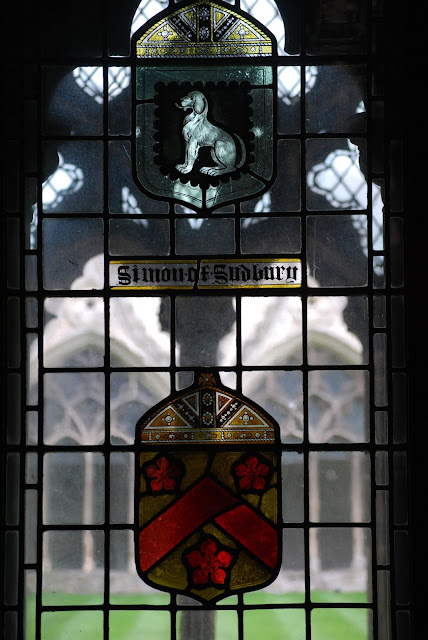 John Morton (1486-1500), whose arms we have seen several times before, Quarterly gules and ermine in the first and fourth quarters a goat's head erased argent, and Frederick Temple (1896-1903), Quarterly: 1 and 4, Or an eagle displayed sable; 2 and 3, Argent two bars sable each charged with three martlets or (These arms were also borne by William Temple, Archbishop of Canterbury 1942-1945). 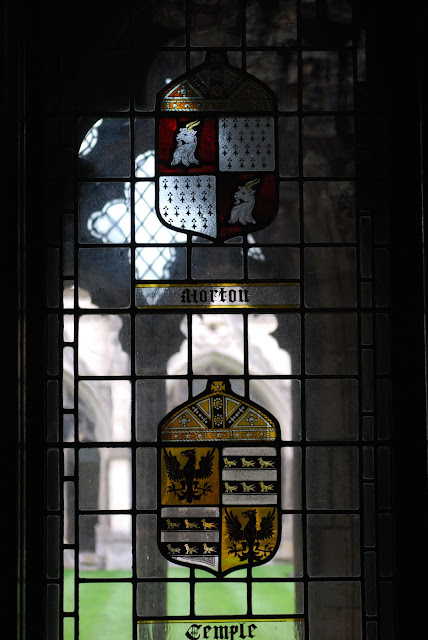 In the next window, we find the arms of Nicholas Wotton (1541-1567) [here, too, the dates are those of the individual's tenure as Dean], Quarterly of six: 1, Sable a saltire argent; 2, Sable(?) on a chief argent a lion passant sable; 3, Azure on a bend argent three eagles displayed sable; 4, Ermine a fess checky or and azure (probably Arden or Arderne); 5, Bendy of six argent and gules; and 6, Bendy of eight azure and argent,* and Thomas Nevil or Nevile (1597-1615), Gules on a saltire argent a rose gules.

* The identification of the arms, or indeed of the tinctures themselves, here is very "iffy". Wotton is not found in Humphrey-Smith's An Alphabetical Catalogue of Coats of Arms in Canterbury Cathedral. Burke's General Armory cites several Wotton coats of arms, but in the closest ones to the first quarter in this coat the tinctures are reversed, i.e., Argent a saltire sable. Further searches on-line, e.g., for "Wotton" or "Nicholas Wotton" + "a saltire argent", and off, e.g., Papworth's Ordinary of British Armorials, failed to turn up any useful information. 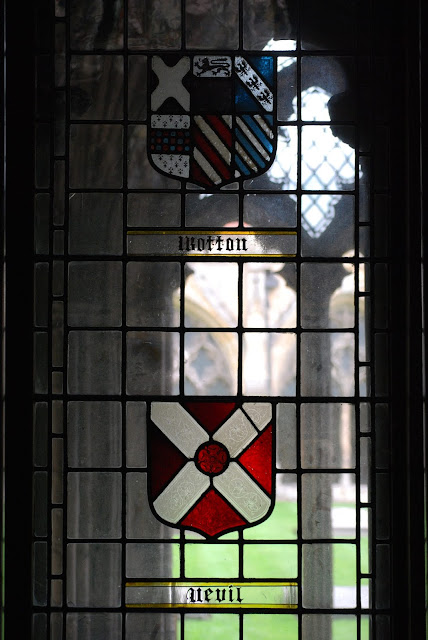 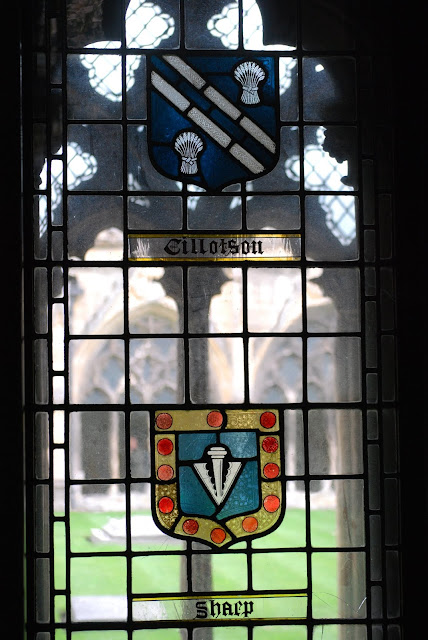 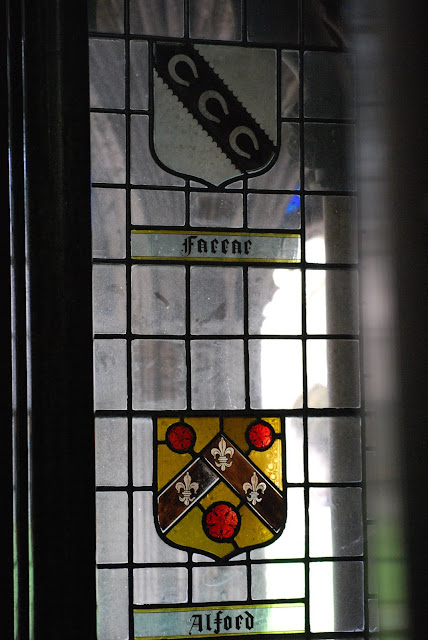 Next time, we look up!