Missed It By That Much!


The title of this post is a quote from the old spy spoof TV series Get Smart, and was used by the often bumbling protagonist whenever he almost, but not quite, accomplished his mission, said while holding up his hand with a small gap between his thumb and forefinger to show how close he had come.

After reviewing some of the blank shields and cartouches in Arras that I shared in my last post, today I want to share a shield that could have been heraldry, but they "missed it by that much."

It was up on the side a lovely old building in the city center: 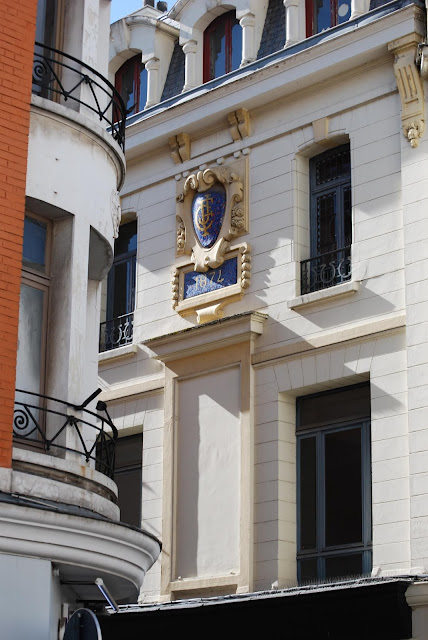 But of course, it was the oval shield shape and bright colors that caught my eye. 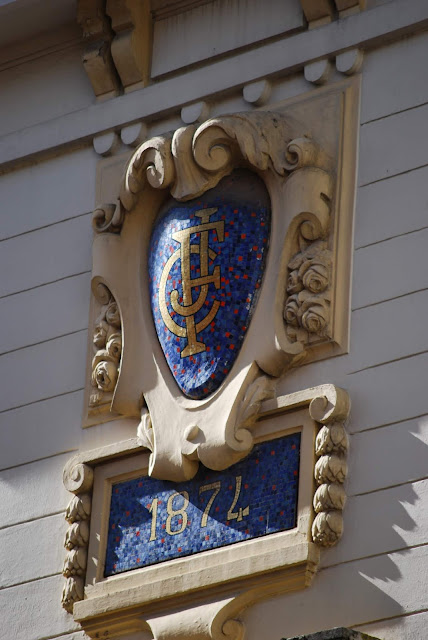 It's a cunningly done mosaic surface, surrounded by decorative and heraldic elements, with the monogram CJF on it.

It could have been a coat of arms, but they ... 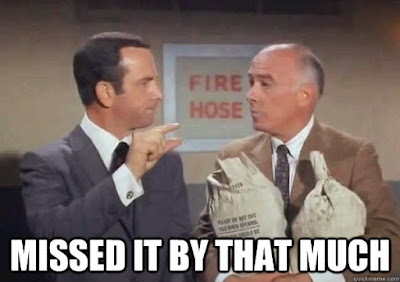