Still wandering about the streets of Arras, France (You can walk down a lot of streets if you just get out there and do it!) I ran across this image shining golden in the sun that I took to be the seal of the French Republic. 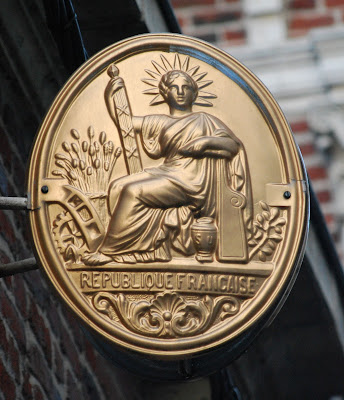 Liberty seated, resting her left arm on a ship's rudder and holding a fasces, the symbol of strength in unity, in her right, and surrounded images of the agriculture and industry of the Republic, underscored with the phrase Republique Francaise.

Alas, however, that is not the seal of the French Republic, at least not according this image (from Heraldry of the World): 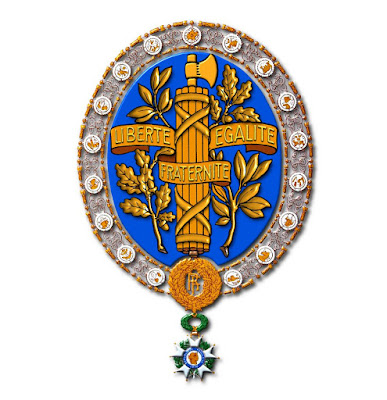 A detailed explanation of the real seal of the French Republic, and a timeline of the various arms and logos used to represent the nation can be found at https://en.wikipedia.org/wiki/National_emblem_of_France

Proof once again, if further proof was needed, that it pays to do your research and double-check things, because what you see may not necessarily be correct.