A Totally Unexpected Coat of Arms in France


Going back to our hotel in Arras, France at the end of day circumambulating (I hardly ever get to use that word in everyday conversation!) a couple of the nearby squares, I noticed an unexpected addition to the large diamond that marked the Hotel Diamant, our "headquarters" during our time there: 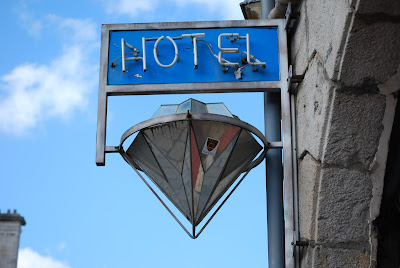 See the white rectangle with the black shield shape on it there?

I have to assume that someone, probably someone fairly tall, had jumped up pretty high to place that sticker there, or they had borrowed a chair from a nearby café to stand on to do it.

In any event, looking closer to see what arms had been placed there, I was very much surprised to discover that it was from England! 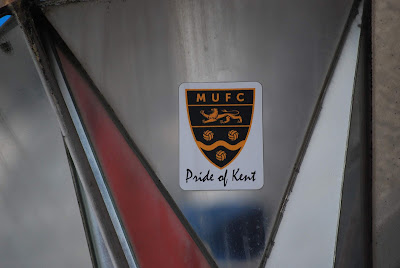 It is the arms (well, okay, arms-like logo) of the Maidstone United Football Club of Maidstone, Kent, UK.

If I had to blazon the logo (which is also found at the top of the team's website at http://www.maidstoneunited.co.uk/), I'd make it: Sable a fess wavy between three footballs* or on a chief sable a lion passant also or, the whole surmounted by the letters M U F C in gold on a black background.

Whatever the arguments that may be made as to how well - or not - the design follows good heraldic practice, it was most certainly not something that I would have expected to see in northeastern France.

* Over here in a America we would call these "soccer balls," since American "footballs" aren't round, but more like a pointed oval. Indeed, some have suggested that we in the U.S. should change the name of the sport to better align some of these differences with reality: 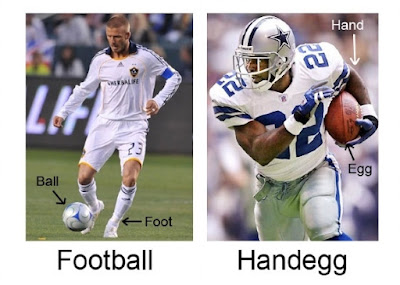