The Story of the Lion on the Top of the Belfry


On the top of le Beffroi, the belfry rising above the Hotel de Ville in Arras, there is a golden lion statant erect regardant sustaining a weathervane of a sun. 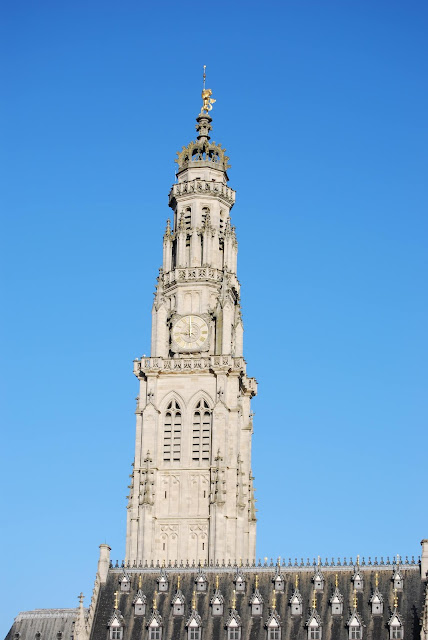 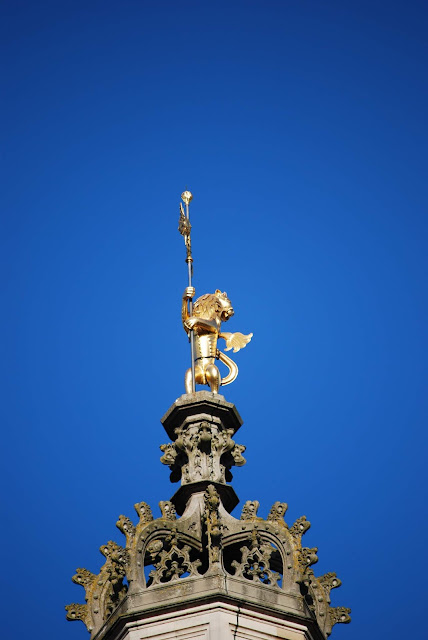 You can see the sun better in a photograph of the upper part of the Belfry on Wikipedia at https://en.wikipedia.org/wiki/Arras (The photograph is about 3/5 of the way down that page. Click on the small image to go to a larger version, where the sun can be seen much more clearly.)

A plaque in the city hall discusses the history of this lion and sun: 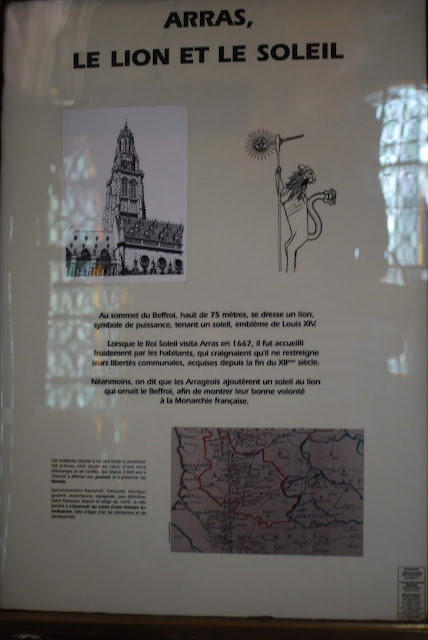 An English translation of the plaque tells the story behind the lion and the sun this way:


The lion and the sun


At the top of the belfry, 75 meters high, stands a lion, symbol of power, holding a sun, emblem of Louis XIV.


When the Sun King visited Arras in 1667, he was greeted coldly by the inhabitants, who feared that he would restrict their communal liberties, acquired since the end of the 12th century.


Nevertheless, it is said that the Arrageois (the people of Arras) added a sun to the lion who adorned the belfry, in order to show their goodwill to the French monarchy.

So there you have it: the lion holds a sun to honor, or at least respect, the Sun King, Louis XIV.