Our most recent trip overseas took us to the city hosting the XXXIII International Congress of Genealogical and Heraldic Sciences, Arras, France.

We arrived a couple of days before the Congress was to begin, for two reasons: (1) it helps us deal with jet lag; and (2) it gives us some time to wander about the town, finding our way to the various venues, to learn more about and get a feel for the town itself, and it gives me a chance to find and photograph some of the heraldry which may be seen there.

According to the website Heraldry of the World (http://ngw.nl/heraldrywiki/index.php?title=Arras), the origin of the lion is not known; the inescutcheon is the arms of the County of Artois, of which Arras was the capital.

These stained glass windows of the arms are found in Le Beffroi, the large multi-story building and bell tower situated at one of the Place des Héros (https://fr.wikipedia.org/wiki/Beffroi_d%27Arras), which edifice is a symbol of Arras and a multi-purpose civic building: 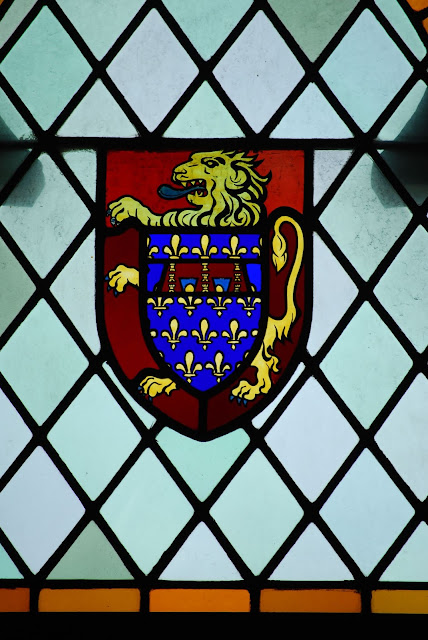 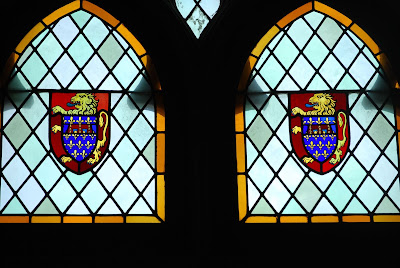 This carved achievement of the arms is also found in Le Beffroi: 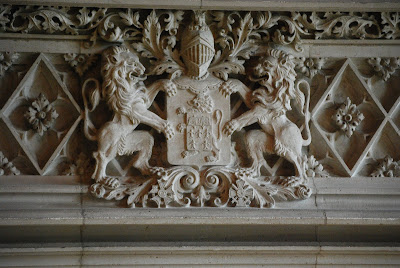 And the city's arms appear on street signs all around the city center: 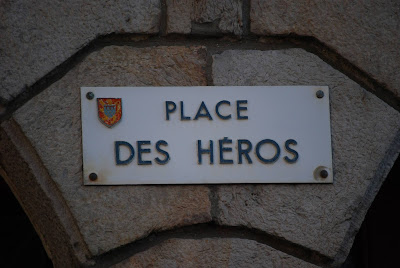 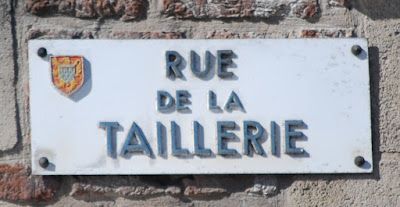 There is also a carved version (of just the field and lion, without the inescutcheon) on the side of the city's train station. 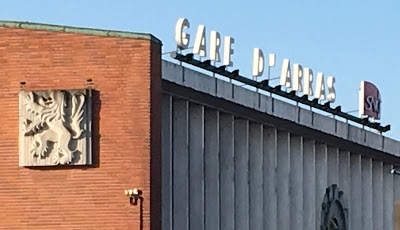 There were some other places where the city's arms are found, but I think those deserve their own posts, so I will get to them in future posts.