Another Application of the Arms of Arras


Our next example of the civic coat of arms of the city of Arras, France, comes from the side of a public weights building. 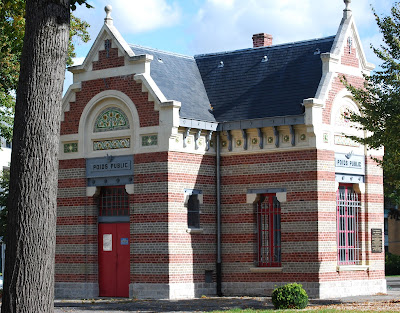 It's a very pretty little building, standing by itself amid some trees, surrounded by busy streets.

But set into its side over the window on the right in the above picture, we find the achievement of arms of the city of Arras painted and baked into tiles installed in an arch. 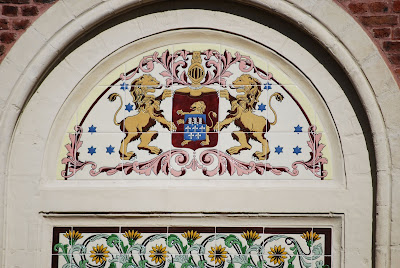 It's hard to see it in the photo here (please click on the picture to see the larger version), but the crest on the helm is a lion's head affronty or.

It was an unexpected and quite charming display of the city's arms.

And while it's not heraldic, on the wall next to that window is a plaque to the memory of Léon Jouhaux, a French trade union leader who, as noted on the plaque, received the Nobel Peace Prize in 1951. (Dr. Albert Schweitzer won it the following year.) During World War II, for his support of a free France, he was arrested and imprisoned in the Buchenwald concentration camp. 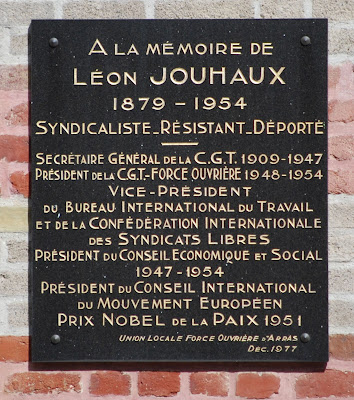 You can find a little more about Léon Jouhaux and his life at https://en.wikipedia.org/wiki/L%C3%A9on_Jouhaux