While Arras, France uses and displays its coat of arms all around the city, they also have and use a semi-heraldic logo to help, as so many want their logos to do, "promote the brand". I saw this logo on some of the tourist information published by the City, and it is also displayed quite prominently on a flag flying on the front of the Hotel de Ville, the City Hall. 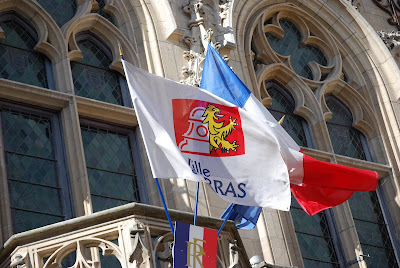 The text on the flag is simply:

It is placed immediately below a red square which contains, in the fashion of heraldic "dimidiation."* a representation of the regional style facade shape of many of the buildings in the area (for examples, see the photographs immediately below), combined with the upper half of the golden rampant lion which appears as supporters of the City's arms and on the top of the Belfry. 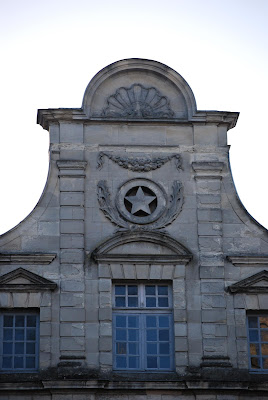 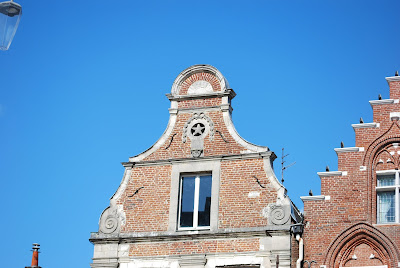 All in all, it's a decent logo, and I am grateful that they use it in conjunction with, rather than as a substitute for, their coat of arms.


* Dimidiation: the combination of two coats of arms by juxtaposing the dexter half of one and the sinister half of the other on a single shield. Dimidiation went out of fashion fairly quickly, as it often created some remarkably ugly, and sometimes very confusing, heraldic displays.