A Rare Look at an Heraldic Plantagenet Floor


Recent excavations at Bath Abbey during its Footprint Project has turned up a remarkably well-preserved late-13th or early-14th Century floor. 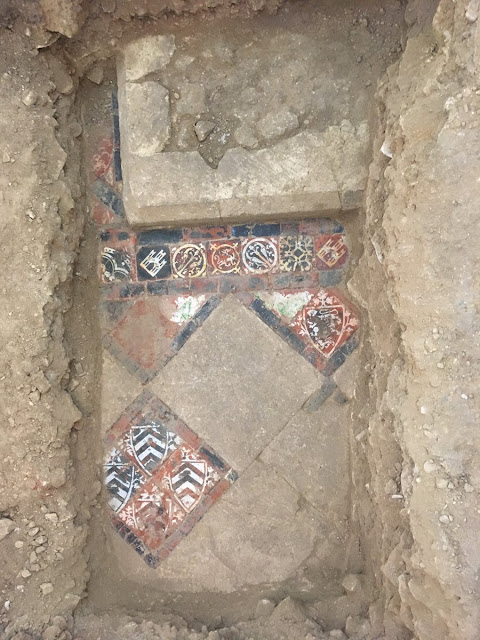 The floor was put in the Norman Cathedral which, like so many other buildings in Great Britain, went through several phases (just watch just about any episode of Time Team, which can be found on YouTube) and was later replaced by the smaller Abbey. 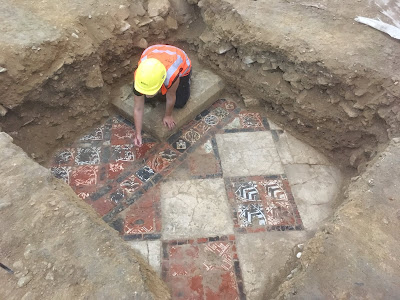 The shields in the tiles are the three lions of England, and the three chevrons of the de Clare family.

After being fully photographed and recorded, the tiles will be protected and covered back up in place (they are, after all, almost two meters below the current floor level! Can't have tourists falling into a hole that deep, don'tcha know?).

An article with even more background, as well as a short video where one of the archaeologists discusses the floor, can be found on-line at http://www.medievalists.net/2018/09/700-year-old-floor-discovered-by-archaeologists-at-bath-abbey/

Still, though, if they'd prefer to put this floor on display somewhere off site, I'd be more than happy to rip up the floor in my library at home to make a space for it here.