Clearly related to the displays of Lord Rosebery's arms inside St. Cuthbert's Church in Dalmeny, is a carved stone memorial set into the side of the church's exterior: 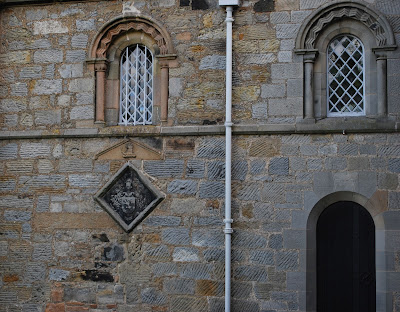 Looking more closely, the memorial is done in the form of a hatchment, and contains the arms of Cressy (the second and third quarters of the Rosebery arms), which are blazoned in Burke's General Armory as: Argent a lion rampant double-queued sable armed and langued gules. On the scroll below the shield I can mostly make out the first two words of the Rosebery motto, Fide et, though the remainder (which should be fiduciâ) has been much worn away, leaving us with the letters duc alone remaining legible.

The Cressy arms came into the Primrose family when Archibald, 1st Earl of Rosebery, married (in 1691) Dorothea, only child of Everingham Cressy, of Birkin, Yorkshire. 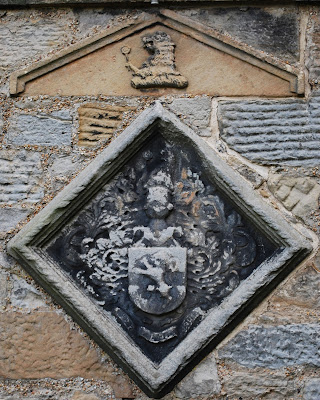 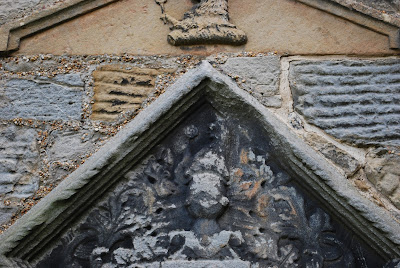 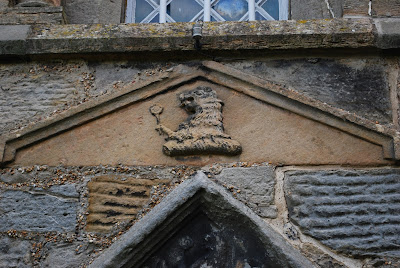 See what I mean about anemic?

The Primrose crest also appears on a corbel stone on display at the church, as well as an earl's coronet. 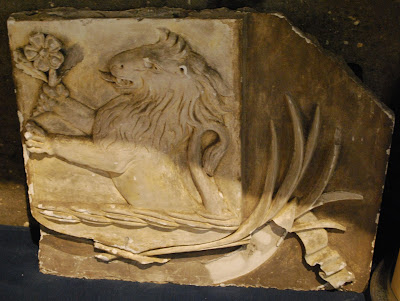 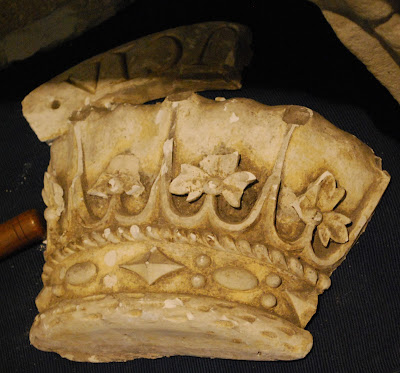 What a beautifully carved crest and coronet!