Heraldry on the Kelvingrove Exterior - Part 3


Continuing our meander all the way around the exterior of the Kelvingrove Art Gallery and Museum, we find the following arms. Again, the images not of red sandstone carved arms are found on the Heraldry of the World website.

Inverness. This one struck me as a bit odd (I like it, mind you, because of my ongoing research into the use of camels in heraldry), since it appears to take the dexter supporter and place it on the shield in place of the crucifix throughout: 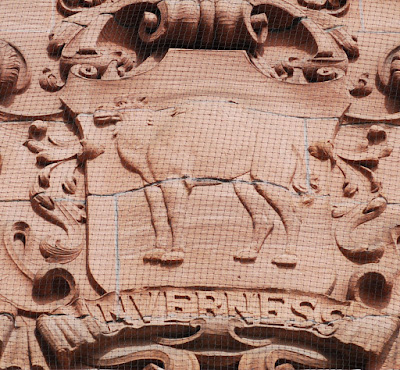 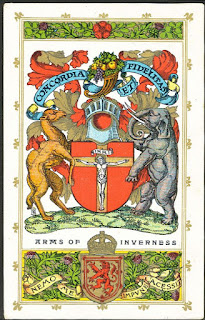 Unidentified. It should be some civic arms between Inverness and Kirkcudbright, but I have been unable to identify them, and the lack of colors doesn't help. These arms look like Montrose, but the alphabetization is incorrect for that to be true. And unfortunately, the tree in front of the name makes it impossible for me to read the inscription that would make the identification clear, though the visible "NE" also makes Montrose impossible. Nor has an internet search been of assistance. Had I realized the problem at the time, I would have walked up closer to the building and made a note of the name,

That said, I suspect it is Kincardine, since the placement alphabetically along with the other clues fits (though the current arms for Kincardine and Deeside, the coat in black and white below, does not match the carved arms in any way): 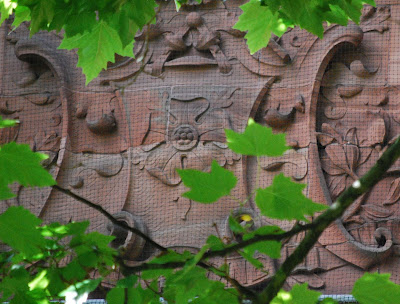 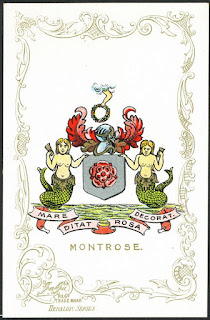 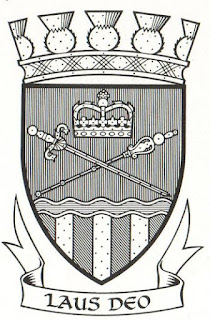 Kirkcubright. The lion seems to have either lost or gained a fess checky overall: 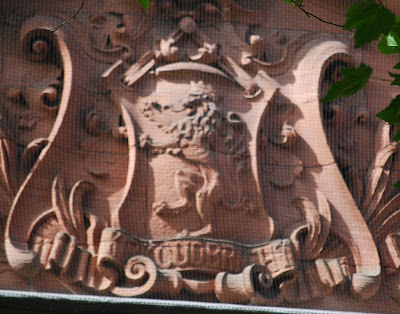 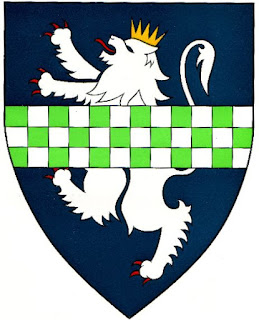 Kinross and Clackmannan. Here again, there are some major changes going on. The black and white shield below is Kinross; the color one below it is Clackmannan. Both Clackmannan arms have a saltire as an element, but that is the only similarity: 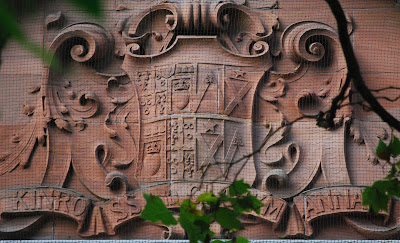 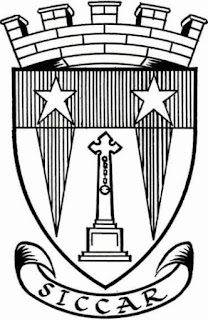 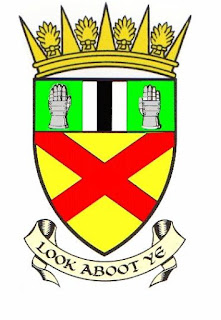 Lanark. We have shared some images of the arms of Lanark earlier in our review of the heraldry in and about Glasgow (e.g., the one in color below from the Corinthian Club): 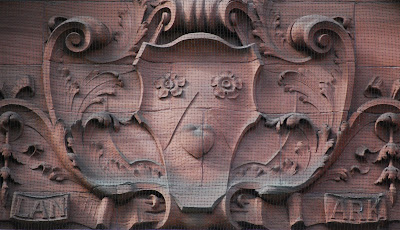 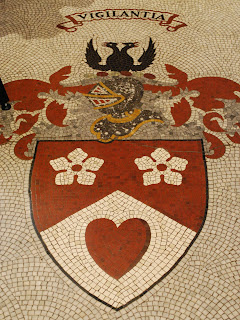 Linlithgow. We will see more versions of these arms in future posts, when our tour traveled to Linlithgow Palace and St. Michael's Church there: 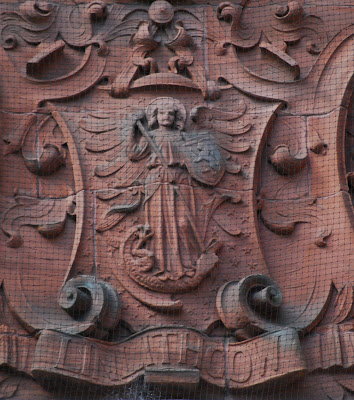 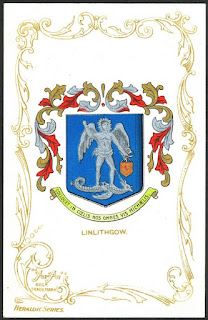 Orkney and Shetlands. Again, there are differences between this depiction and the arms of the Orkney Islands (the second coat below) and the Shetland Islands (the third coat below), though they all share the prow of the lymphad of the Orkneys and the prow of the drakkar of the Shetlands. (I apologize for the fuzziness of this photo; I hadn't realized until after I got home and saw it on a larger screen that the autofocus had focused on the tree branch and not the carved arms on the wall): 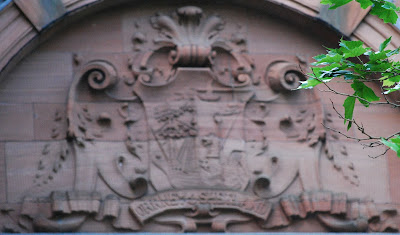 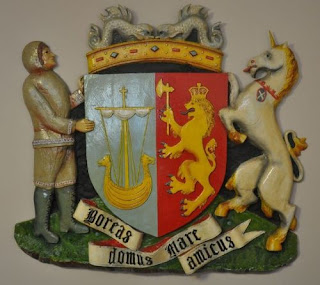 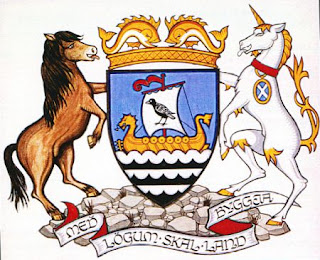 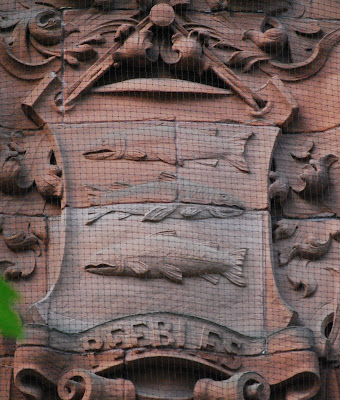 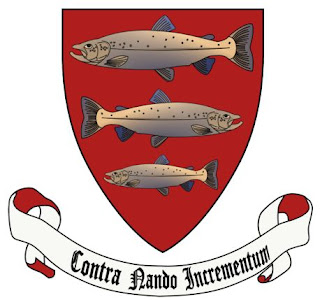 Next time, we finish up with Perth through Wigton.