A Newspaper Article Misidentifies a Coat of Arms


Though I suppose I really should ask: Is anyone surprised? Anyone? Bueller? Bueller? (Sorry, I couldn't resist!)

Anyway, in a recent (March 4, 2017) article entitled "Kate Kennedy Club awarded its own coat of arms" in The Courier, they published the following photograph with the caption: "Maxwell Cutting and David Fox Pitt display the new coat of arms." 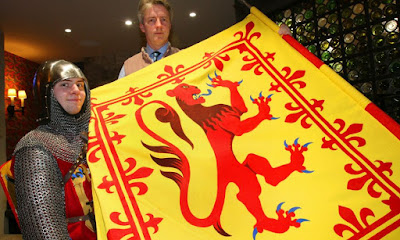 The arms being displayed in the photo are, of course, not the newly-granted arms of the Kate Kennedy Club at all, but clearly and obviously to anyone with a smattering of knowledge of Scots heraldry, a banner of the Royal Arms of Scotland.

The real arms granted to the Kate Kennedy Club by Lord Lyon can be seen in these next two photos. The first one includes - in the center - Mark Dennis, Ormond Pursuivant, and Joseph Morrow, Lyon King of Arms! The second one, a close-up of the granted arms, is from the website of the Court of the Lord Lyon King of Arms: 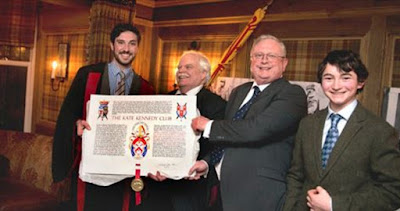 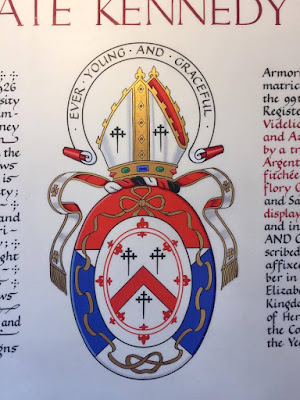 As you can easily see, the granted arms cannot possible be confused with the Royal Arms. But someone at the newspaper managed to do it anyway.

More background about the Kate Kennedy Club and their grant of arms can be found on-line at the website of The Courier: https://www.thecourier.co.uk/fp/news/local/fife/381049/kate-kennedy-club-awarded-its-own-coat-of-arms/