It's almost June 10, and you know what that means, right?  You don't?  Well, a lot of folks out there also don't know, so don't feel like you're alone in that.

International Heraldry Day was begun as a grass roots movement back in 2013 by Tomasz Steifer, a member of the International Association of Amateur Heralds.  The basic idea is to celebrate one day a year where heraldry in all its forms is acknowledged by everyone with an interest in it.  And it's been growing (a lot!) each year since.

This year, International Heraldry Day will be commemorated on Wednesday, June 10. 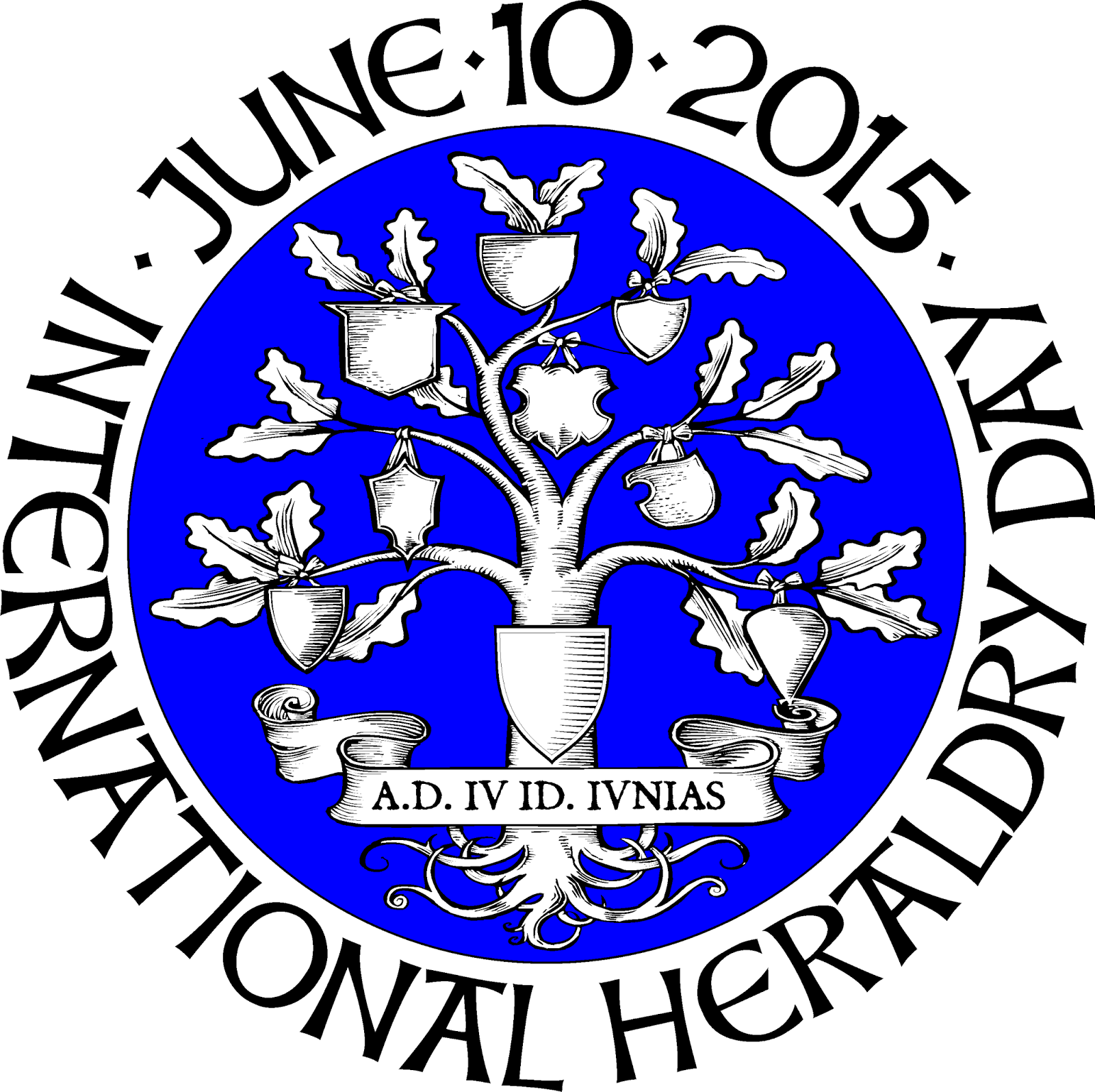 Why June 10?  Well, you just know there's got to be a good reason for selecting that date, right?

We propose that this international day of heraldry at 10 June.  On that day, in the year 1128, in Rouen was knighted, by his future father in law Henry I Beauclerc, Godfrey Plantagenet.  Suspended during the ceremony on the neck of a young knight was a shield of blue decorated with six golden lions, which is recognized by most heralds as, for the first time in history, a fully-formed coat of arms.

Between now and that date, I'll be posting occasionally about International Heraldry Day, and including here some of the other artwork which has been created (the one above was created by Tomasz Steifer of Poland) to help promote the day, along with an occasional link (like the one to Zazzle where you can buy products - coffee mugs, tshirts, and all kinds of other stuff you probably don't really need but would like to own anyway - with some of these IHD logos on them.

In the meantime, feel free to drop by the International Heraldry Day page on Facebook and see what's going on to help celebrate this annual event, at https://www.facebook.com/celebrateheraldry