Okay, It's On! Norway, Part One


I've finally gotten some time to start going through the 2,300+ pictures I took during our two weeks in Norway and England in August.  Fortunately for all of us, not all of them are heraldry (for example, a bunch were from churches where various ancestors were christened, married, and/or buried.  Ask me about "Chasing Chiltons Tuesday" sometime!), and even then, many of heraldry are duplicates, because I've learned that not every picture taken with a digital camera is properly in focus, but if you take two or even three, the odds are that at least one will be ideal.  But that still leaves a whole lot of heraldry for me to share with you, so brace yourselves!

First stop, Oslo, Norway, where we attended the XXXI International Congress of Genealogical and Heraldic Sciences.  The Congress was held at the Akershus Festning (Akershus Fortress) at the head of Oslofjord.  Being a still-active military facility, the arms of Norway were to be found in a number of places:

On a command building there. 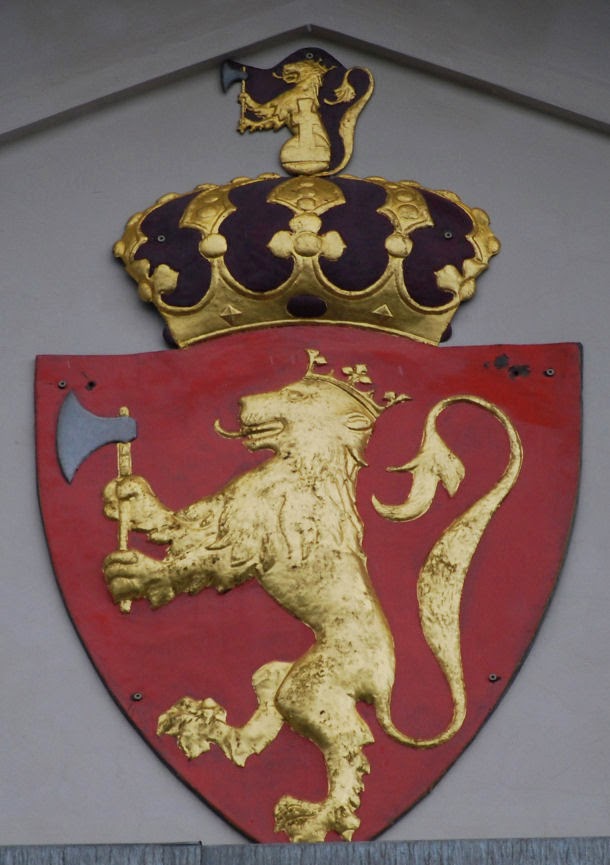 On a sentry hut just outside of the Norwegian Armed Forces Museum. 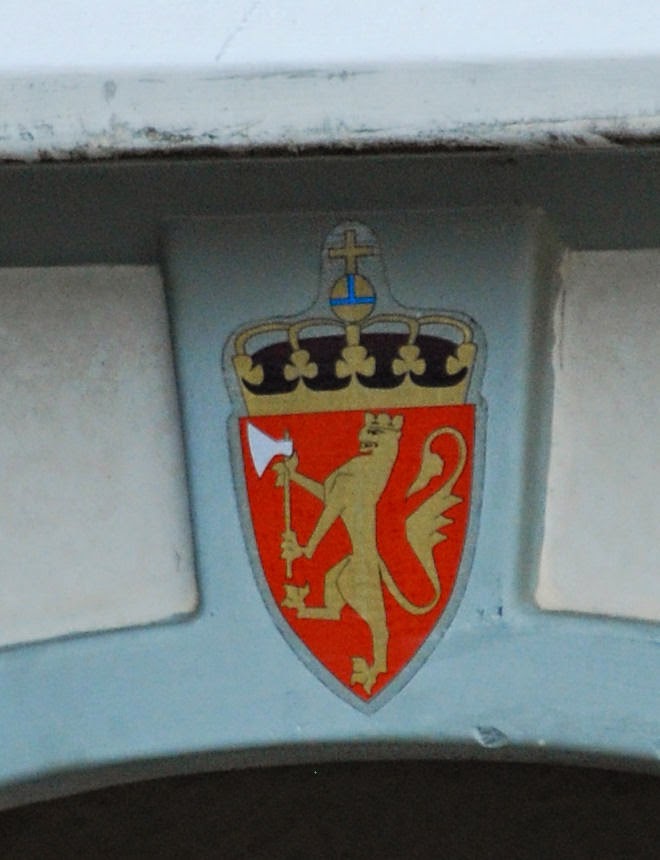 Even on a military forces automobile in one of the parking lots.

Over the entrance to the Banner Hall, where most of the lectures took place, and Artillery Attic. 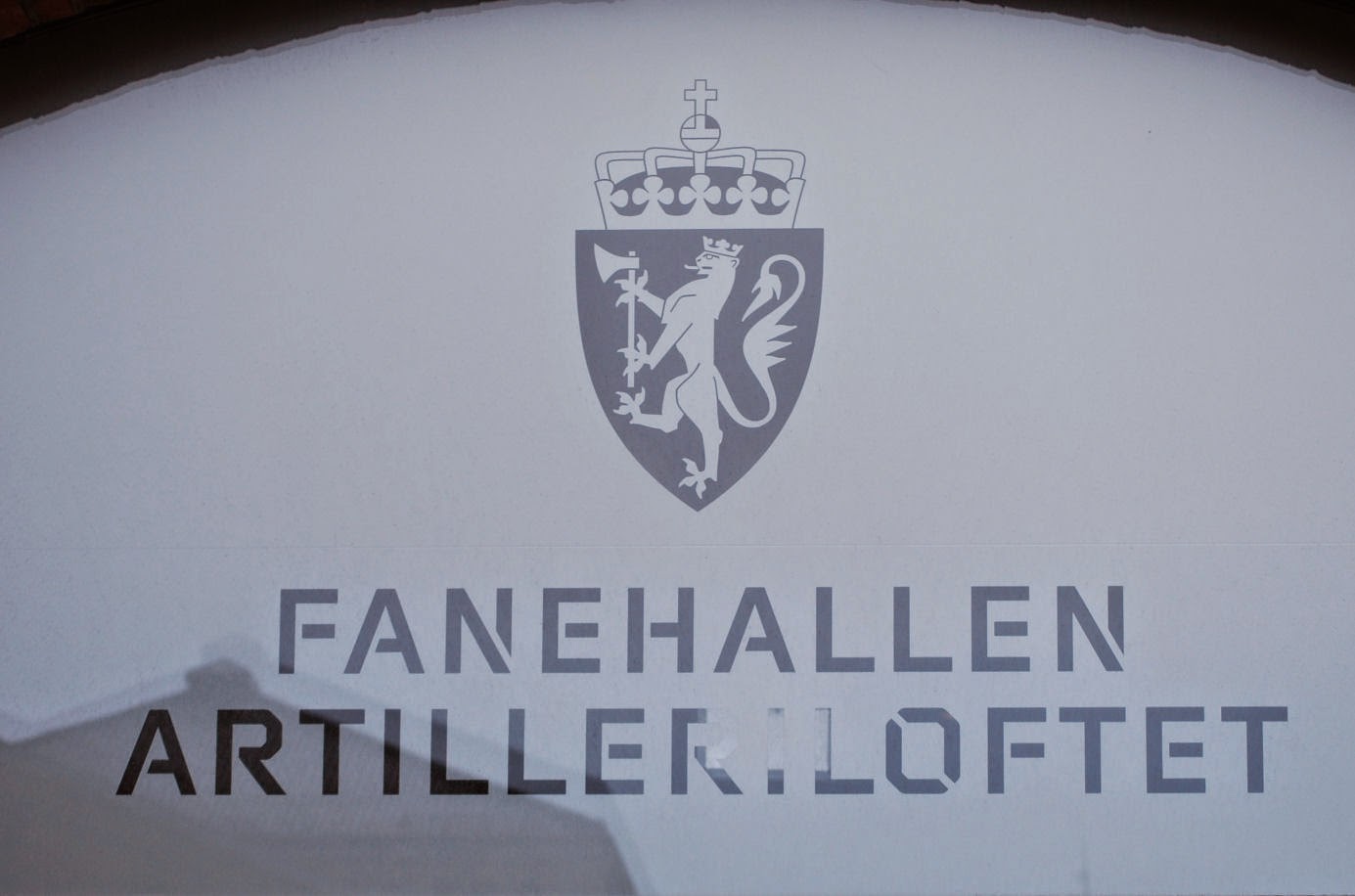 And this nice carved version in the Banner Hall itself. 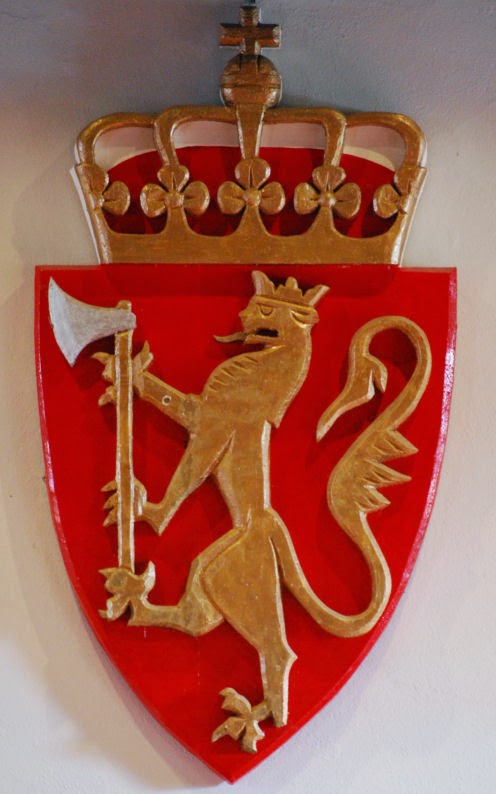 As well as at the Old Military Academy.  (I suspect it was the Academy and not the arms which are dated to 1750!) 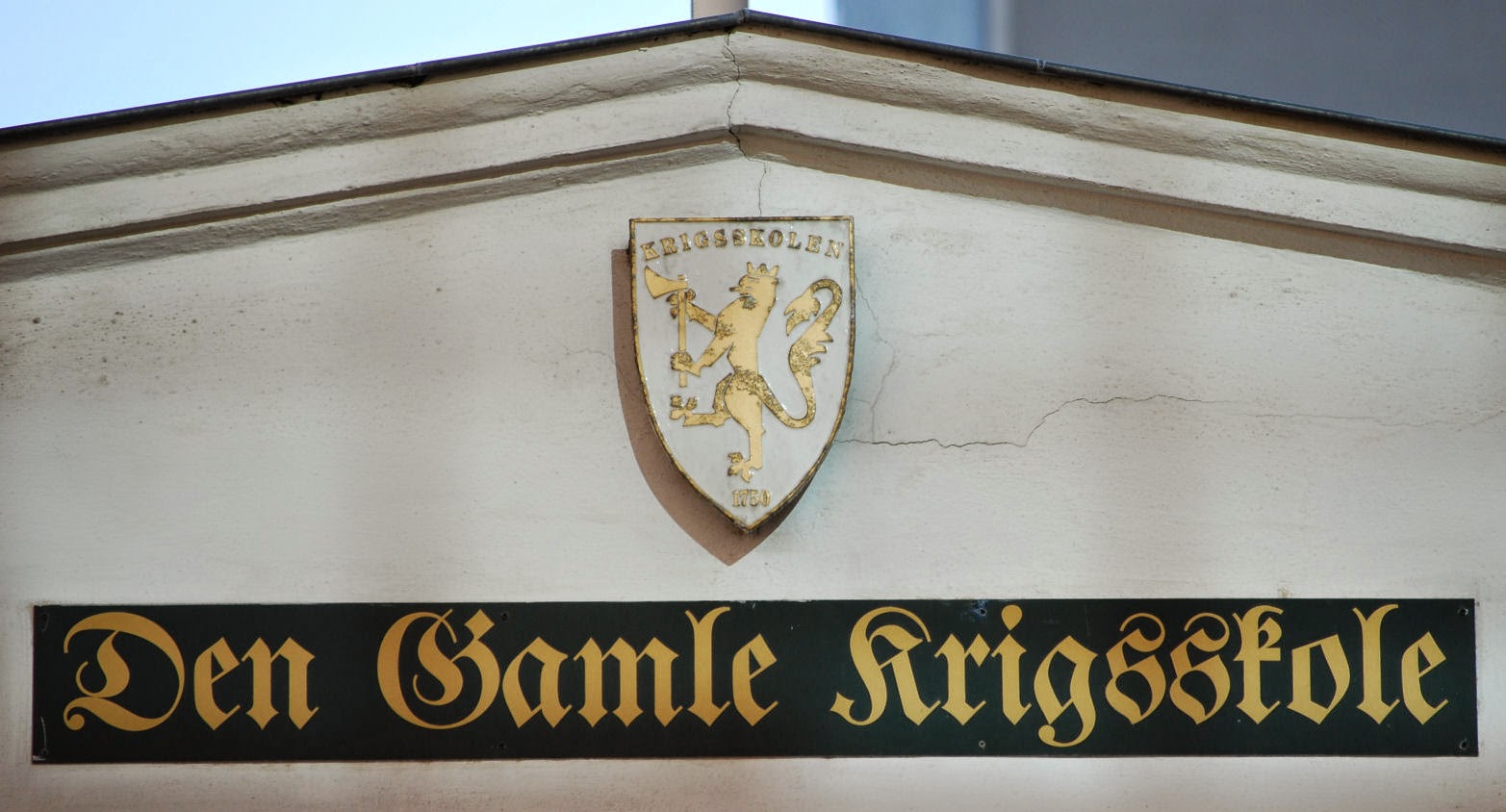