Well, maybe solved, but only in part.

I was approached (electronically) a little while ago by reporter Emily Balser with a question she had about this bit of heraldry in New Kensington, Pennsylvania: 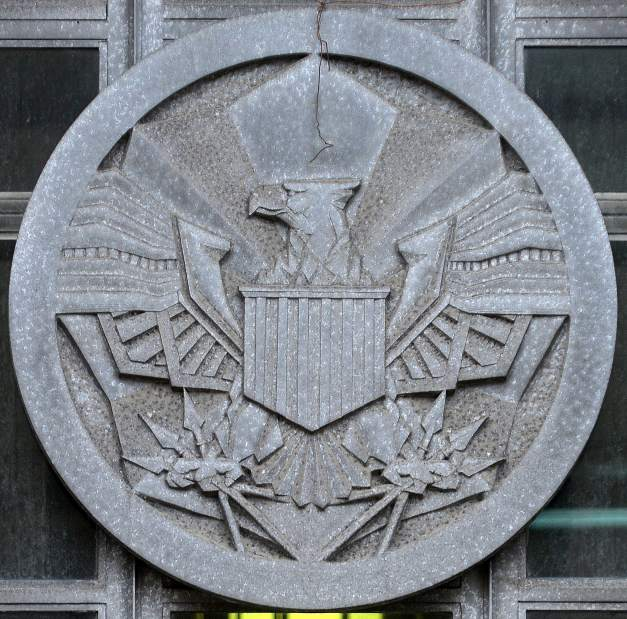 She'd seen an earlier post I'd done on this blog about another Art Deco-style depiction of the arms of the United States on a Post Office building in High Point, North Carolina (http://blog.appletonstudios.com/2011/07/heraldry-in-high-point-north-carolina.html) and had some questions and wanted my thoughts about the one in New Kensington for an article she was writing for the Valley News Dispatch in western Pennsylvania.

She emailed me just before we left to attend the XXXI International Congress of Genealogical and Heraldic Sciences in Oslo (heraldry pictures of the trip, which included a week in England following the Congress, will be forthcoming), and I haven't had the time to read her article or post about it until now.

Anyway, if you'd like to learn more about what little history is known about this work of heraldic art, or are interested in what several people - including me - had to say about it, Emily's article can be found on-line at http://triblive.com/neighborhoods/yourallekiskivalley/yourallekiskivalleymore/6532276-74/eagle-seal-office#axzz3AU3z58ln