We were just heading back to the car ...


... from the restaurant after a late dinner with family in Las Vegas, Nevada,* when we noticed this coat of arms decal in the back window of another car in the parking lot.  And to mangle a phrase from the old movie Love Story, "Having a smart phone means never having to miss a photographic opportunity." 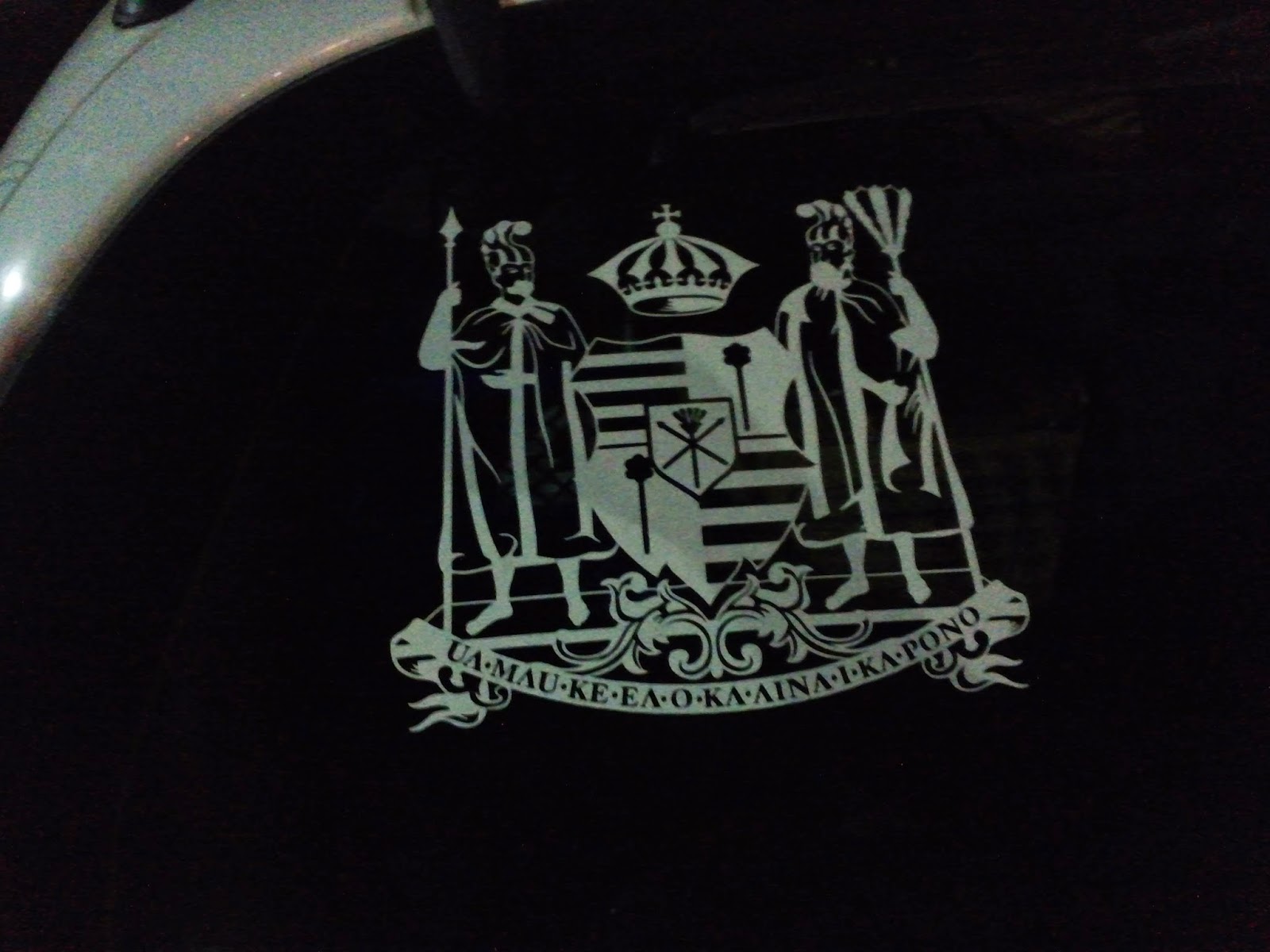 It's not really a coat of arms that one would normally expect to see in desert environment like Las Vegas, since it's the arms of the State of Hawaii, and thus about as opposite environmentally as you can get.  (To give you an idea, the humidity in Las Vegas normally runs around 15-17%.  I've seen any number of rain clouds there that I could see were actually releasing rain, but the rain never hit the ground, since it evaporated completely in the dry air on the way down.  Hawaii, of course, is completely surrounded by the Pacific Ocean, and thus pretty humid!) 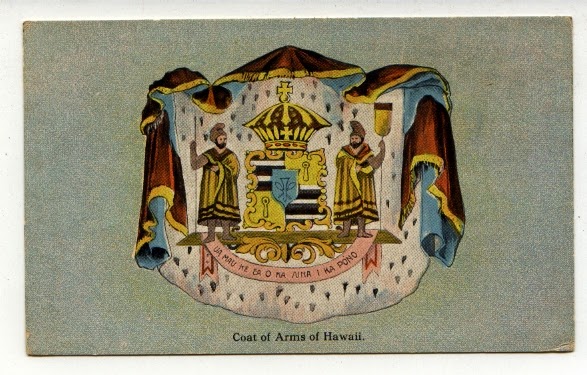 And here's a color depiction of the arms from an old postcard for comparison.

So, how cool was finding that!  And just stumbling across it so unexpectedly, too!


*  As my wife often says to her co-workers when she tells them that we are going to Las Vegas, and they get all impressed: "No, we're not going to the fun Vegas.  We're going to the dusty, little desert town Vegas, where all the people live and shop and stuff."
My parents moved out there in 1963, my father to teach school there, so we're always going there to visit family and stuff, not to stay on the Strip and take in shows and gamble and sightsee and all the other stuff one expects to do in the "fun" Vegas.