Better Than the Average Self-Assumed Arms


I recently ran across a self-assumed coat of arms for a Scottish society (one of probably hundreds which exist in the United States; sometimes it feels like you can't swing a dead bagpipe without running into one or another society celebrating some folks' Scottish heritage.  Not that I have any cause to say anything; one family line goes back to Aberdeenshire in the early 1600s in the person of one Daniel Forbes).  The Tennessee Valley Scottish Society is based in Huntsville, Alabama, and I thought that their self-assumed arms did a nice job of combining symbols of both Scotland and Alabama: 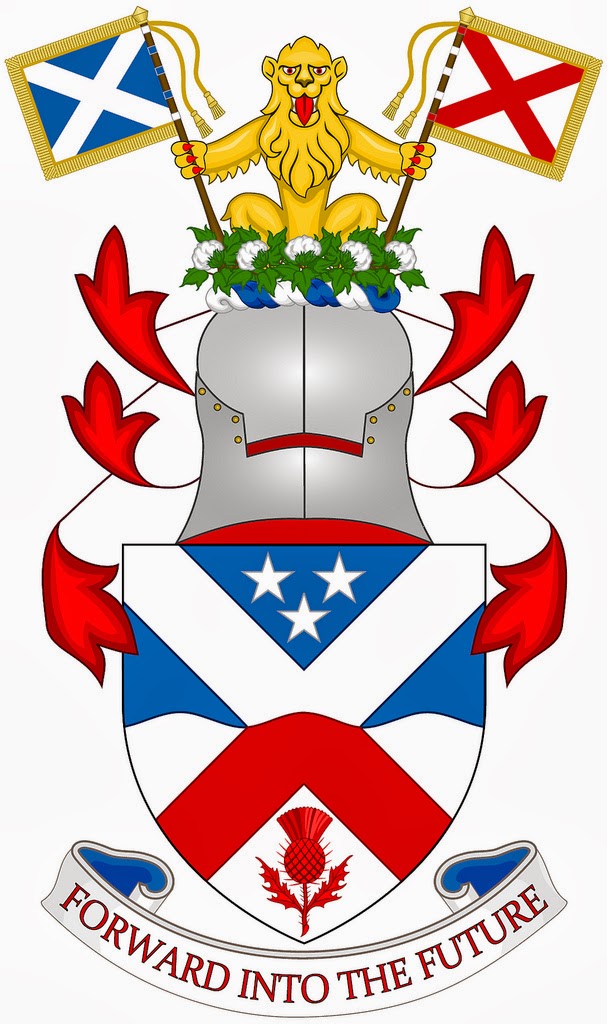 The shield, of course, is divided per fess wavy (which I presume symbolizes the Atlantic Ocean and the voyage across it which their - and my - ancestors took to get to these shores), with the flag of the "Scottish saltire" (a white cross of St. Andrew on a blue field) with the flag of the State of Alabama (a red cross of St. Andrew on a white field).

The design also includes other symbols of the respective nation and state (the thistle and the three mullets), with the lion from the crest from the Scottish Royal Arms (only in gold instead of red, and issuing from a bunch of cotton plants and bolls) and holding the two flags.

All in all, I rather like the design.  It's clear just from looking at it what it represents, and isn't that one of the primary functions of heraldry?  So, kudos to the Tennessee Valley Scottish Society of Huntsville, Alabama, for their heraldry!