Late last week I ran across a new website for heraldic clipart which I have added to the On-Line Heraldic Clipart listing (in the left-hand column on this blog), but I also thought that it was worth mentioning in a separate post, as well.

The Pictorial Dictionary of Heraldry is an on-going project begun back in 1986 - before the widespread use of the internet - and first published as a book in 1988 by Bruce Miller and Kevin Munday.  Then titled A Pictorial Dictionary of Heraldry as Used in the Society for Creative Anachronism, it was designed as a "mug-shot" book for "[c]onsulting heralds, scribes, and heraldic artists" in the S.C.A.  A second, updated edition was published in 1992, and this third edition is now being placed on the internet.

Though designed primarily for use within the S.C.A., and therefore focused on charges which may be used in the heraldry of that organization, which would include charges used in heraldry before 1600 A.D. ("period charges") and charges unique to the heraldry of the S.C.A., it is especially the former category of heraldic charges (those used in heraldry before 1600) that I thought might be of more general interest and therefore worthy of inclusion in the listing of websites of on-line heraldic clipart.

All of the drawings in the Pictorial Dictionary are by Mr. Miller, but he notes in the preface to the printed editions that "[w]herever possible, we went to original sources" to find examples of the charges in period heraldic art to use as the basis for his renditions.  And in this new, on-line edition, he has "tried to cite sources for every charge, either as a period charge or a period artifact."  So, for example, his drawing of an apple (below) is taken from "the canting arms of Holtzapfel, 1605 [Siebmacher 196]."  (I have included a scan from Siebmacher's Wappenbuch von 1605 so you can see for yourself how close he comes to the original here.) 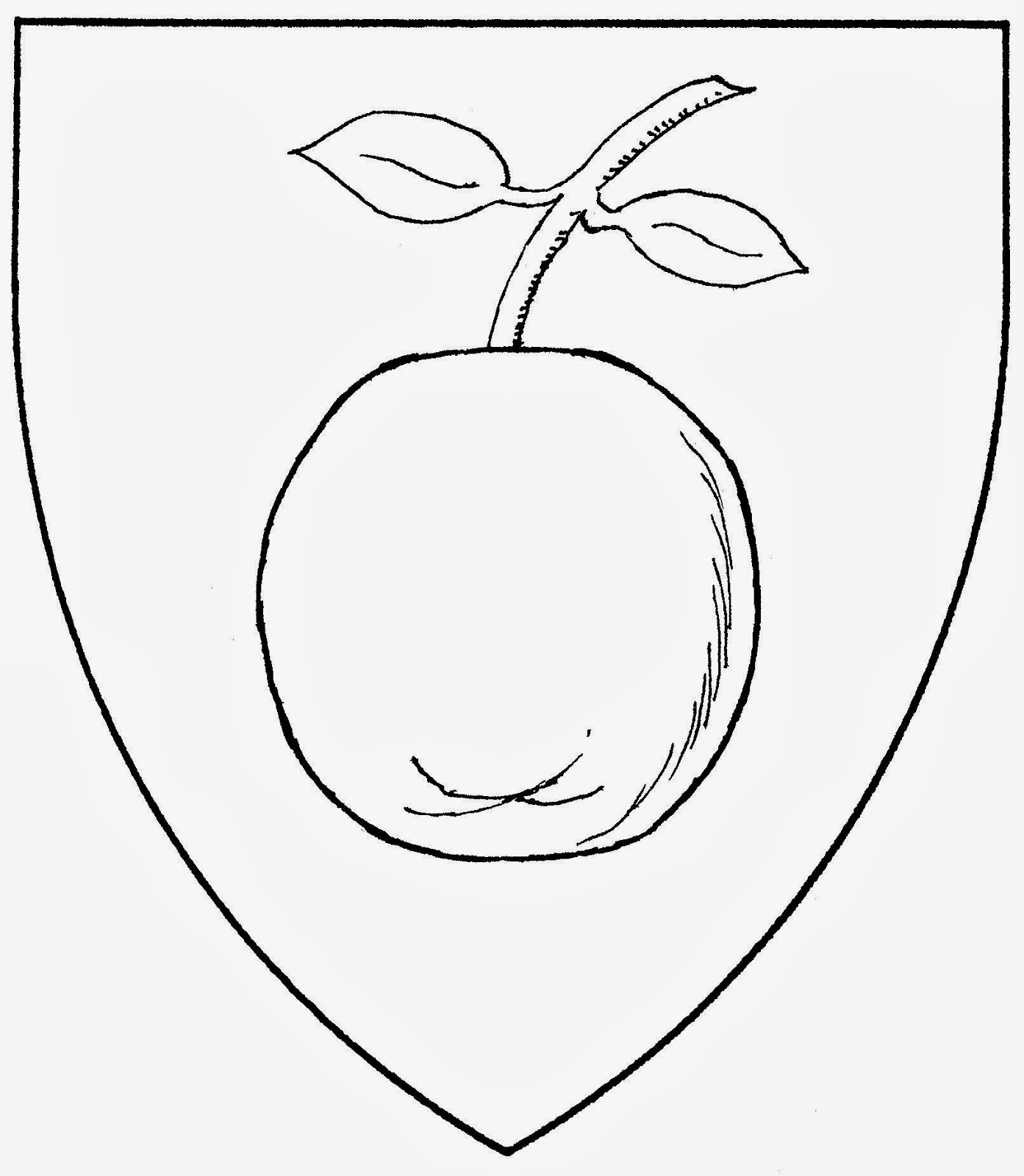 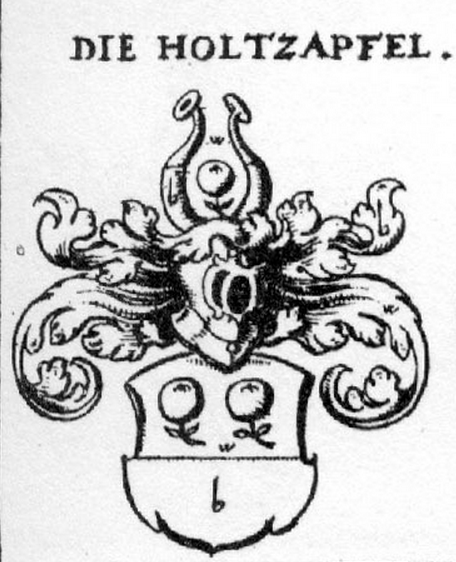 And where usage in the S.C.A. is different from usage elsewhere or in earlier times, he specifically notes that, too.  To go back to the apple example, "[t]he Society default is with slip to chief, which seems to be the opposite of medieval convention."

If you think that you might have a use for such heraldic clipart, or even just want to browse through what's been uploaded to date and learn what you can about some of these general heraldic charges (or even S.C.A.-specific charges not found outside the Society, like the "Bog Beast" or "Cross of Coldharbour"), please drop by http://mistholme.com/pictorial-dictionary-of-heraldry/