You Can't Always Believe Everything You See


Several years ago when I was doing research for my book on the Gore roll of arms (http://www.appletonstudios.com/BooksandGames.htm), I ran across the use of a coat of arms from that roll on a tombstone that demonstrated once again to me that you have to be careful about your assumptions when seeing or researching a coat of arms.

The use of this particular coat of arms was on a headstone in Copp's Hill Burying Ground in Boston. 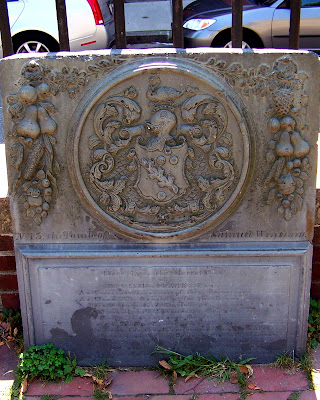 While the arms carved on the headstone are those of Clark, as shown here in the second and third quarters of the inescutcheon taken from number 92 in the Gore roll, the arms of McAdams-Kilby-Clark ... 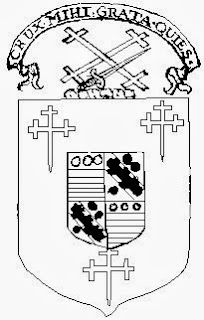 ... and while the lower part of the stone gives some of the particulars of William Clark who is buried there, the most visible words on the stone are those along the bottom of the upper part, "No. 13 the Tomb of Samuel Winslow."

These same arms also appear on the stone of Johannis Clarke, also in Copp's Hill Burying Ground, where they are far less likely to be accidentally mistaken for those of a Winslow. 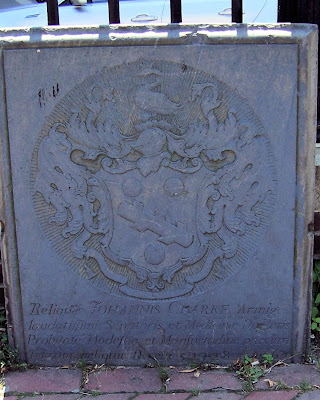 Both stones are beautifully carved and a pleasure to see, but the first one above serves as a warning to pay attention to everything on an armorial memorial; too quick a reading (and that's something that's easy to do when you've been walking all over central Boston looking at historical sites and armorial gravestones!) and you're likely to misidentify what you are looking at.  (Not that I have ever done that, of course!  Why, no, never.  Who, me?)

Just a word of warning to be cautious.