Having had the time to do a little more research into the naval heraldry noted in my last post, I feel pretty safe in identifying the ship from which that particular bow decoration came from as being the armored cruiser ACR-2 USS New York.  (The ACR-1, which was later designated as a second class battleship, was the USS Maine, of "Remember the ..." fame.)

My reasons for believing the arms belonged to the New York are several: first, the word "Excelcior" (which I believe is a misspelled "Excelsior"); second, the eagle over the shield; and finally, the two human figure "supporters" seen in profile on each side of the arms.  So why exactly does that make me think "New York"?  Well, this does: the arms of the State of New York. 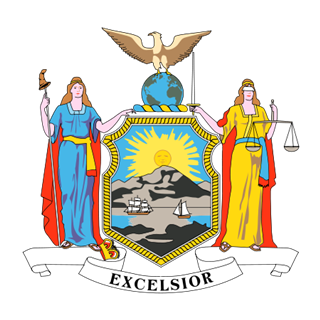 See what I mean?  Compare this achievement with the external ornaments (or to use a different term, artistic "frou-frou") about the shield of the arms of the United States in my last post, below. 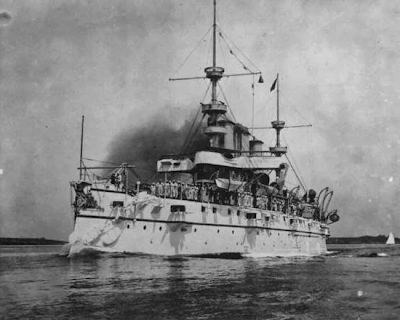 And here is a photograph of the New York, with the eagle showing quite prominently above the shield on the bow. 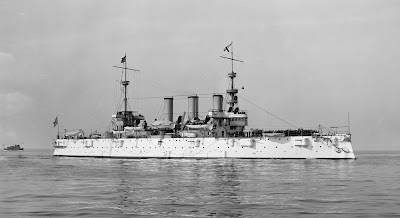 And here is another, taken from the starboard side.  If you click on the picture here, you should see the full-size version, where details of the bow decoration show up pretty well.

The New York was not, alas, a part of the Great White Fleet which circumnavigated the globe under President Theodore Roosevelt.  She did, however, have a long and active service, being at one time the flagship of the Pacific Fleet.

All in all, a really great piece of heraldry, and history, to have run across!