I Am Not Making This Up!


"Incensed, (fr. animé): said of panthers and other wild beasts borne with fire issuing from their mouths and eyes."  (Parker, A Glossary of Terms Used in Heraldry)

"animé: [Fr.] animated; excited; spoiling for a fight; hence, of a beast depicted with eyes gules, not, as often er[roneously] stated, one breathing fire and exuding flames from the ears which is blazoned 'incensed' (q.v.)"  Franklyn and Tanner, An Encyclopaedic Dictionary of Heraldry)  (Of course, under "incensed" they merely say, "see animé.") 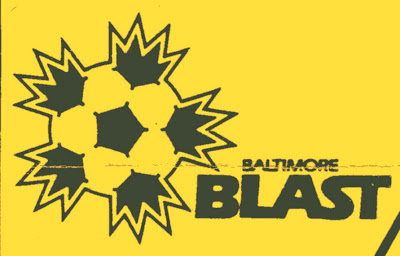 So I guess the logo of the Baltimore Blast (a soccer, as we say in the States, or fútbol south of the Rio Grande River, team based in Maryland) could be blazoned as: a soccer ball incensed.  (The image above is taken from a flyer announcing a game between the Baltimore Blast and and the local Dallas Sidekicks.)

I suppose an argument could be made for it to be blazoned as a type of fireball, but most fireballs I've seen have only four flames, issuant from a roundel to chief, base, and each flank (or the four cardinal directions, if you prefer).  No, I think I prefer a soccer ball incensed.