Okay, while I'm still thinking about them, I'll do another one of Jay Rudin's "extraordinaries" of which I found real-life heraldic examples.

This one he blazoned as a "chief couped." 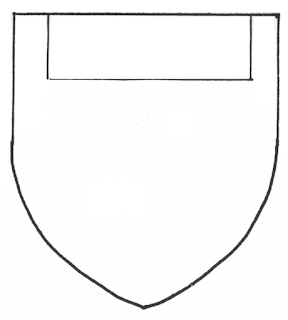 And he had another one that he called a "quarter in nombril point." 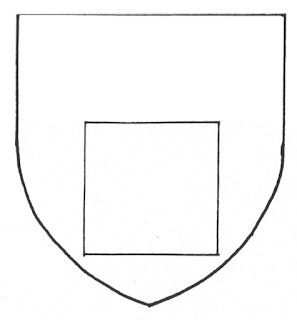 And the arms that I found that seems to combine both of those "extraordinaries" was the arms of von Ruesdorf, also from Siebmacher's Wappenbuch von 1605. 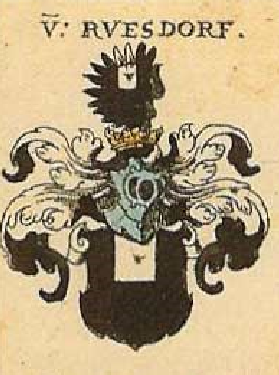 Das Grosse Buch der Wappenkunst blazons this charge as das Orth, 2/7 der Schildbreite; basically it's a delf or billet issuant from center chief, 2/7 the width of the shield but extending to the fess line.  So it's not a perfect match for the joke charge, but it is a reasonable facsimile of the combination of two of them.