There were, of course, some displays of "heraldry" in Heidelberg which were not coats of arms at all, but merely aped real heraldry.  I present to you the following examples: 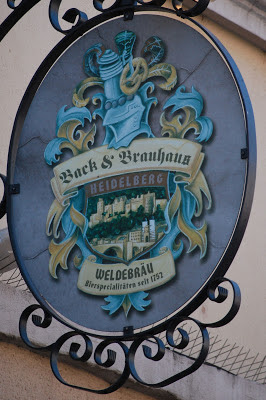 The example above from a street sign for a brew house.  Shield, helm, mantling, torse, and crest.  But the shield is simply a landscape of the old bridge and the castle at Heidelberg, as seen from across the river, and thus isn't really "heraldry" at all, despite the accouterments. 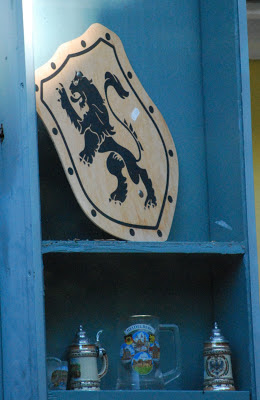 This shield was seen in a window around the corner from where my great-great-great grandfather used to live.  Presumable it's a child's toy shield; frankly, I was more interested in the steins below it.  Was that bad of me? 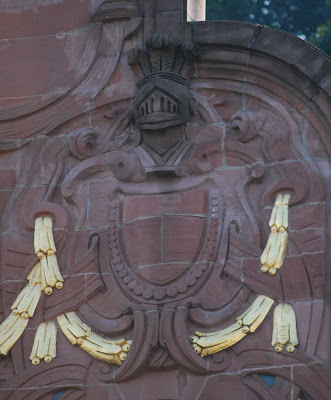 A beautiful display of ... a blank shield, with helm, crest of ostrich feathers, mantling, and imitation collar surrounding the shield.  Ah, if only they'd carved some one's arms on the shield! 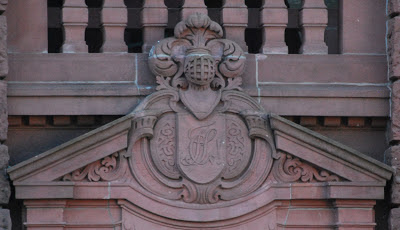 And finally, a cypher masquerading as a coat of arms.  (But what beautiful carving!  Very impressive.)