Coats of Arms at Heidelberg University

Continuing our heraldic tour of Heidelberg, Germany, we must naturally enough go by the University.  The city has been a university town for literally centuries.  Founded in 1386, the university is the oldest in Germany, and was the third university established in the Holy Roman Empire.  Naturally enough, having been one of the main funders of the University, the Grand Duchy of Baden has its coat of arms proudly displayed in a variety of ways about the campus: in color and hatched, and sometimes (as in this example and another, below) both. 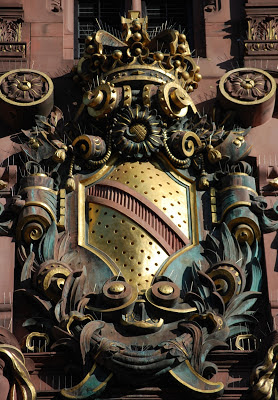 The blazon of the arms in English is: Or a bend gules.  Which is about as simple a coat of arms as you can possibly get. 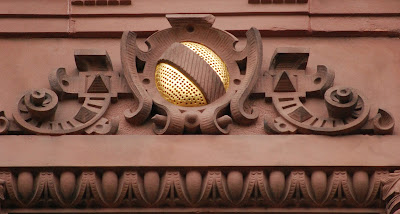 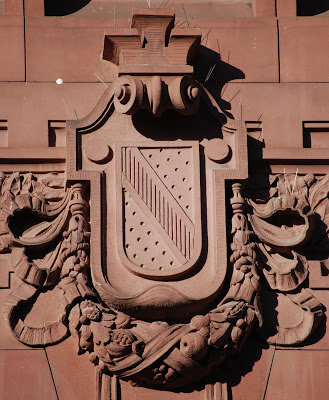 There are also, on different buildings, heraldry-like, but blank, shields.  (To my mind, these are crying out for some sort of real heraldry to be placed on them!  However, lacking a long ladder, carving tools and/or spray paint, and the courage to no doubt break a number of German laws, I was not about to attempt to rectify that situation myself.) 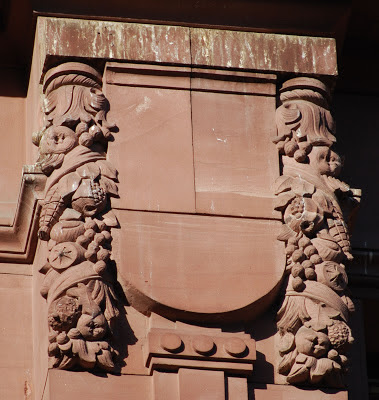 Still, don't you wish that someone would create some heraldry on those blank shields?