Continuing with more highlights from our heraldic tour of St. Servaas Basilica in Maastricht, there were lots and lots of carved armorial (and a bunch of non-armorial) memorials set into the floors.  Some of the following may look like they were cast in metal, but they are all carved in stone, polished by the soles of the hundreds of feet which have walked across them over the years. 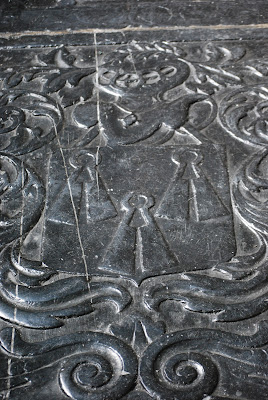 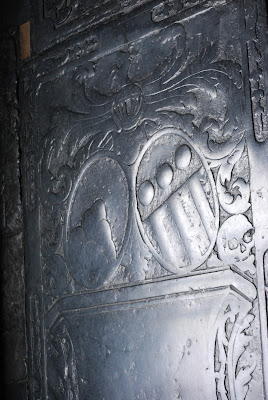 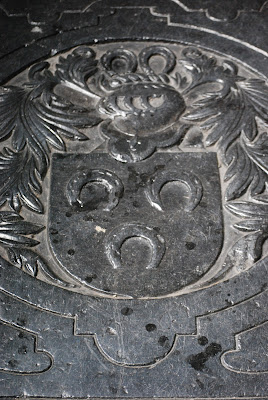 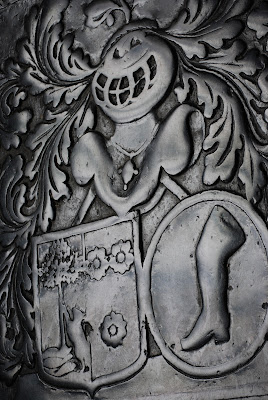 The arms to sinister (to the right as you look at it) are reminiscent - though they do not match, as this one appears to be wearing a boot and the one below is wearing only a sandal, plus there is a star in dexter chief in the coat in Florence - the following coat of arms that I photographed in Florence, Italy a couple of years ago. 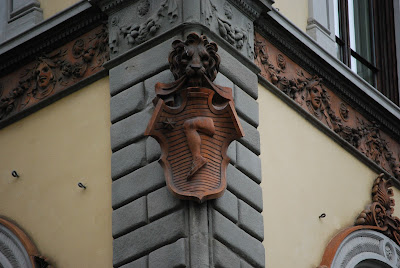 We now return you to the armorial memorials found in the Basilica of St. Servatius. 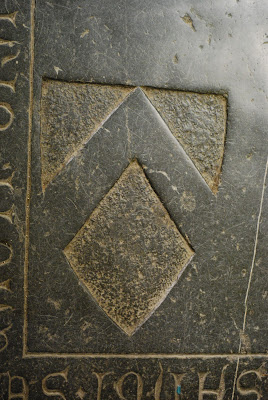 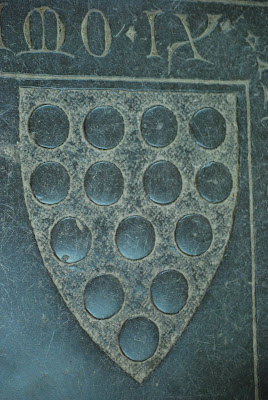 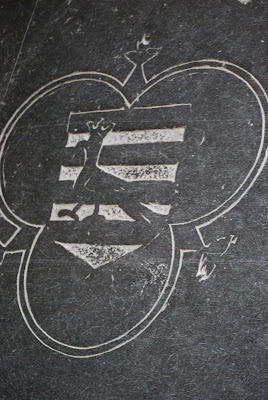 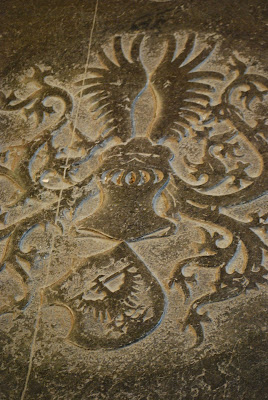 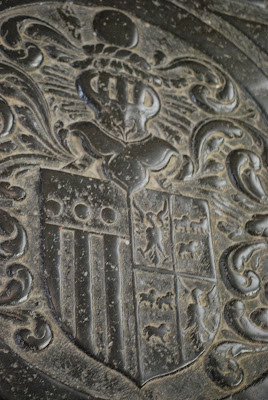 Because of where some of these memorials lay in the basilica (under chairs, under portable pews, etc.), I was not always able to photograph the text accompanying the arms.  And in others, the text was simply too worn to read well.  However, for the last coat of arms above, I obtained a clear photograph of the the text, which read (in Latin, of course):

And finally, there was this example, which has been cut down (and probably moved from its original location in the basilica) to serve as a paving tile.  (Leading me to the question: "If they saw heraldry in half in a basilica, is it still considered to be heraldic heresy?")  Admittedly, it does not appear that the arms of the individual buried there were cut down (those would be in the circle of which you can see the bottom arc here), but "only" those of some of his ancestors down the left-hand side of the memorial. 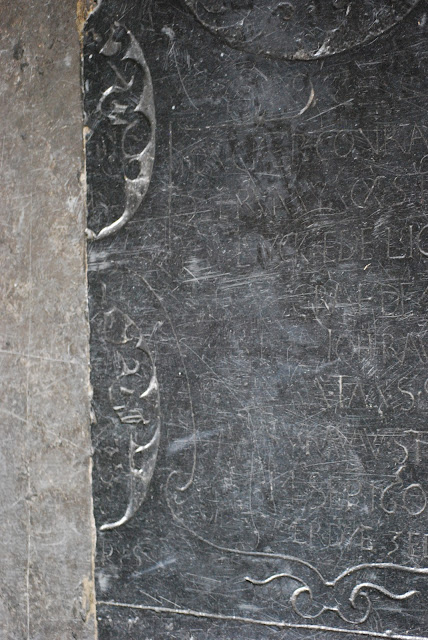