There's a nice article about heraldic mottoes from August 25, 2012, over the on the website of Canada's National Post entitled "Words to live by (or at least to have translated into Latin)" by Jane Macdougall.  Included with the article is a rendition of the arms of Governor-General David Johnston along with his motto, Contemplare meliora, or "To envisage a better world." 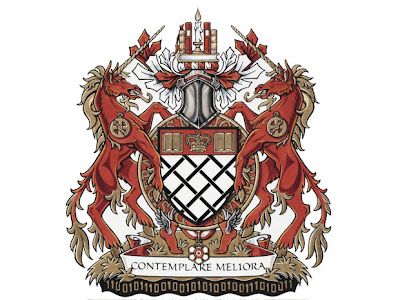 I could repeat a lot of what Ms. Macdougall says, but what would be the point?  I'd just be copying her words.  Why not go read them for yourself?  You can find the full article at: http://life.nationalpost.com/2012/08/25/words-to-live-by-or-at-least-to-have-translated-into-latin/

Oh, and the title of this post?  It's a short version of my own motto, which in full is: Ex fructibus eorum cognoscetis eos, roughly, By their fruits shall you know them.  It's a play off my surname (Appleton), as well as the three apples on the coat of arms and apple tree for a crest.  That's one of the fun things about being a herald of sorts, you get to play around with your own heraldry and getting all of the pieces to work together. 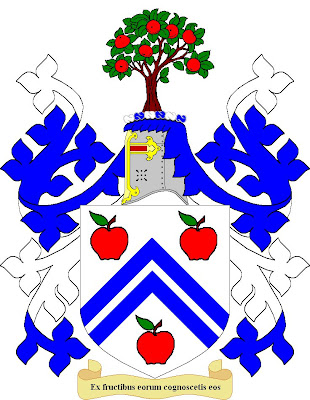