A Facebook friend recently posted this heraldic political cartoon as an example of humorous heraldry. 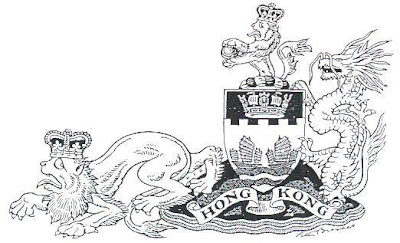 It is, of course, a commentary on the cession of Hong Kong by the United Kingdom to the People's Republic of China in 1997.

And here is the coat of arms of Hong Kong used from 1959 until the the annexation by the PRC in 1997. 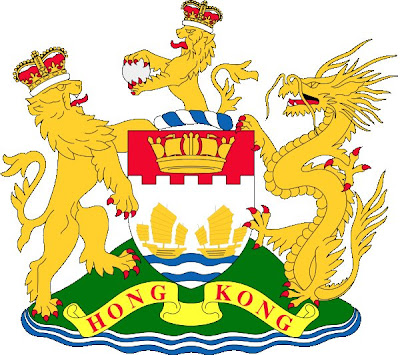 It's always of interest to see how heraldry can be used in so very many ways!  Even, as here, to make a political point.
Posted by David B. Appleton at 6:00 AM