The Church of Santa Maria Novella in Florence has one of the nicest facades for the heraldry enthusiast that a building could have, I think. 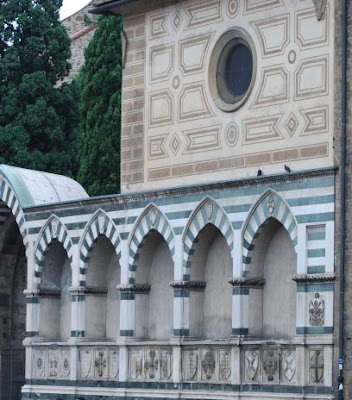 Stretching most of the length of the side of the building complex (the photo above is of only a small portion of it) and continuing across the front of the church building is a colonnade with coats of arms in every alcove formed by the columns. Each coat of arms is repeated three times: Once near the top of the arch between each pair of columns, 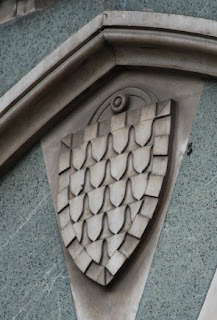 and twice more at the base of each alcove, separated by a panel containing a cross pometty, that is to say, with two pomels, roundels or knobs, at the end of each arm.