Missed It By This Much!

The United States Mint has announced a new reverse (back side, or "tails", as opposed to the obverse, front side, or "heads") to the one cent coin for 2010.  This will be the third time that a major change has been made to the reverse since 1909 when the first pennies were minted with a profile of President Abraham Lincoln on the obverse,* and this time they're going for a design which only misses being heraldry by "this much". 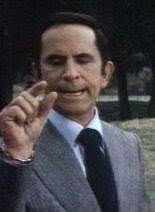 As you can see below, the design is basically a shield with the arms of the United States (Paly of thirteen argent and gules, a chief azure) with the not-quite-so-heraldic addition of the official motto (E pluribus unum, out of many, one) on the chief. 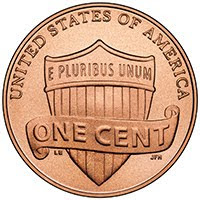 It's nice to see the U.S. placing some heraldry on its coinage.  (It's had heraldry on the $1 bill for a very long time.)  It's certainly a tradition in numismatics (and how often do you get to throw a word like that into a conversation?) that has not only a long tradition, but is still being used and updated by other countries even today (witness the recent changes to English coinage that incorporate the Royal coat of arms, and even more recent new coin issued by Denmark which celebrates the 70th birthday of Queen Margrethe II).  And really, they came so close.  They only "missed it by this much."

*  Prior to 1909, pennies had the profile of an American Indian on the obverse (hence their being referred to as "Indian head pennies").  In 1909, the year of the centennial of his birth, a profile of Lincoln was placed on the obverse with a wreath of wheat on the reverse.  In 1959, in the first change since 1909, the wheat design was replaced with a rendering of the Lincoln Memorial in Washington, DC.  In 2009, a second change occurred during the bicentennial of Lincoln's birth when the Lincoln Memorial was replaced by one of four different scenes from Lincoln's life: a log cabin where he was born; a young Lincoln reading while sitting on a partially split log (from his nickname, "the Railsplitter"); as an adult, a standing Lincoln in front of the Illinois State Capitol Building in Springfield, Illinois; and from his presidency, a view of the U.S. Capitol Building in Washington, DC with its then unfinished dome.
Posted by David B. Appleton at 6:00 AM