So, back from a week in Massachusetts with a dearth of heraldry. (But lots of family gravestones, plus good days visiting with living relatives, so I'm really not complaining!)

Still, I'd been hoping for a little more than I had found. I mean, the last time we visited Massachusetts (in 2008), we saw a bunch of heraldry! For example, these heraldic markers in the Granary Burying Ground.*
The armorial marker for Rev. Joseph Eckley, Gules three swords proper the middle surmounted by an escutcheon bearing a hand couped. Crest: An arm in armor embowed. 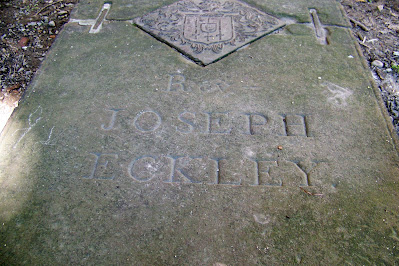 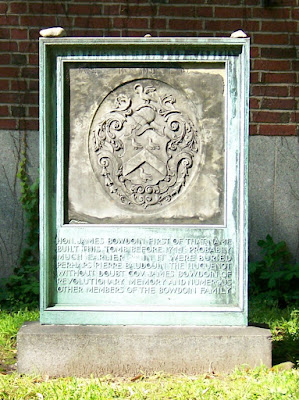 Joseph Lasinby (1694-1774). Gules a fess between three cushions argent tasseled or overall a bend sable goutty or. Crest: A demi-unicorn holding a heart. 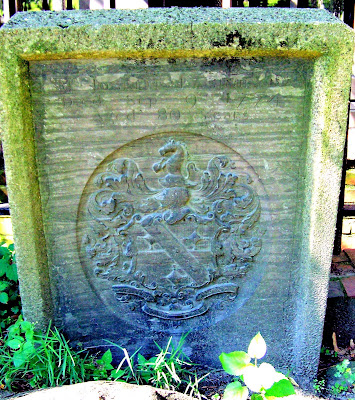 This next one should probably need no introduction; the canting arms, and crest, of the most famous signature on the American Declaration of Independence, that of John Hancock. Gules a sinister hand and on a chief argent three cocks gules. Crest: A demi-griffin. 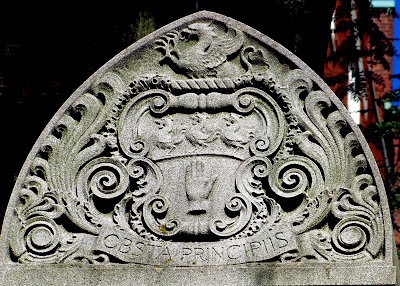 A coat of arms familiar to me from the Gore roll of arms, that of Cushing. Quarterly: 1 and 4, Gules an eagle displayed argent; 2 and 3, Gules three hands argent a canton checky or and azure. Crest: Two lion’s jambes erased sable supporting a ducal coronet or from which hangs a human heart gules. 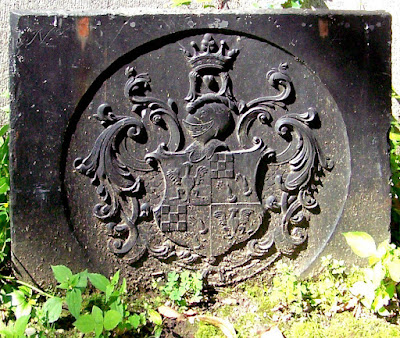 And finally, a person well-known in Boston, especially for the market and meeting hall named after him, Peter Faneuil (pronounced FAN-ull), 1700-1743, Boston merchant, slave trader, and philanthropist. A descendant of French Huguenots, the arms, which may have been self-assumed, are only roughly heraldic. The Committee on Heraldry of the New England Historic Genealogical Society has blazoned them: A heart in a partial orle (in chief and on dexter side only) of seven mullets of six points, in sinister base a roundel charged with a cross formy(?). Crest: A bird close. 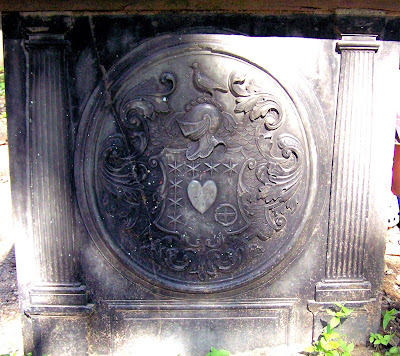 That's a fair bit of heraldry for one comparatively small burying ground in Boston.
* A burying ground ("a plot of land set aside for burying the dead", per Merriam-Webster) is not quite like a cemetery, where all of the graves a plotted out, and we know (or can find out) who is buried exactly where. For the most part, people buried in a burying ground are not so specifically located, and it is very likely that, in most instances, the marker commemorating someone is not, in fact, placed at the exact location where their body is buried. Think about the famous graveyard scene in Hamlet, where the gravedigger, while digging a grave in which to place Ophelia, comes across the skull of Yorick. It's like that.
Posted by David B. Appleton at 2:00 AM