Or, more specifically, where does the name of the city and its coat of arms come from?

Well ... Druon Antigoon was a mythical giant who lived in Antwerp. Guarding a bridge on the river Scheldt, he exacted a toll from those crossing the river. For those who refused, he severed one of their hands and threw it into the river. Eventually, Antigoon was slain by a young Roman soldier named Brabo, who cut off the giant's own hand and flung it into the river.

According to folklore, and as celebrated by the statue in front of the town hall (below), this legend is the origin of the name Antwerp: Antwerpen, from Dutch hand werpen – akin to Old English hand and wearpan (= to throw), that has changed to today's warp. 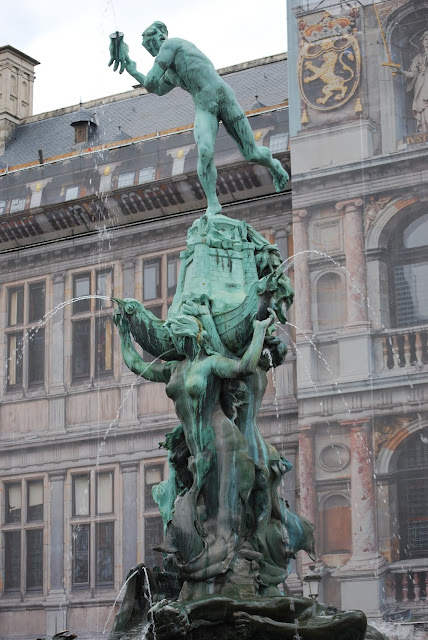 If you look closely, you will see immediately below Brabo's foot, the wall of the city of Antwerp, each tower surmounted by a hand. It is this motif - the walled city and two severed hands in chief - that are the city's coat of arms.

This coat of arms, blazoned (roughly) Gules a four-walled castle of three towers and in chief two hands couped, the dexter bendwise, the sinister bendwise sinister, argent, may be seen all about the city. Here are only a couple of examples. We'll do some more next time. 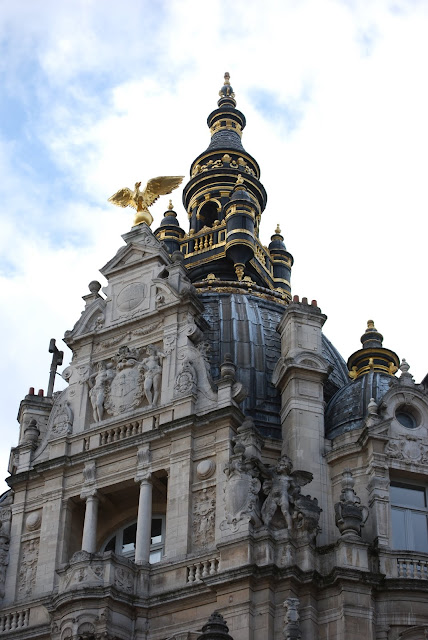 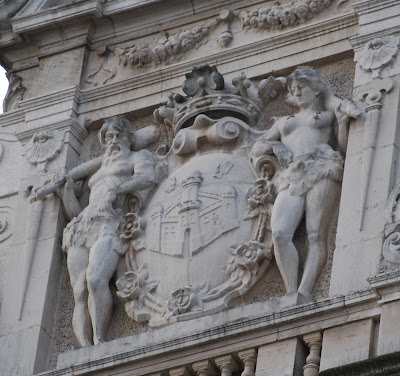 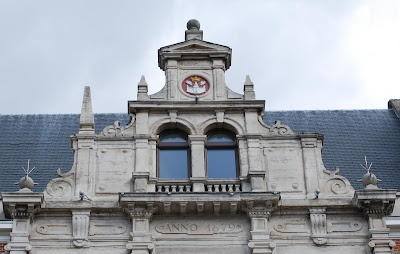 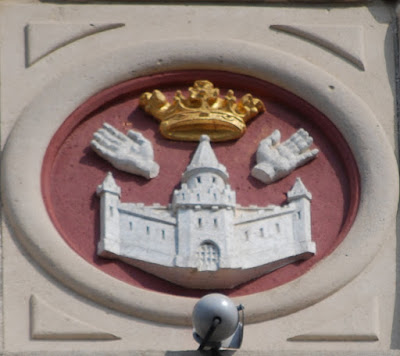 (Normally, the crown ensigns the shield; in the example immediately above, it has been placed on the shield.)