Heraldry In The Court


And no, I don't mean anything like, for example, the Royal Arms which appear in the courtrooms of Great Britain or Canada.

No, this was a court case in Poland, where the frontman for the rock band Behemoth, Adam "Nergal" Darski, and Maciej G., the band's webmaster, along with Rafal Wechterowicz, the graphic artist, had been charged by the District Prosecutor's Office in Gdansk for "insulting" the national coat of arms of Poland on the band's "Republic of the Unfaithful" tour artwork and merchandise.

Here is an image of Poland's national coat of arms: 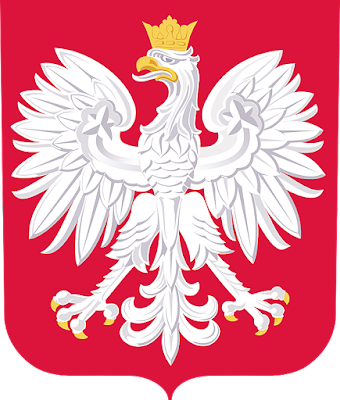 And here's an image of the "Republic of the Unfaithful" artwork on a tee shirt: 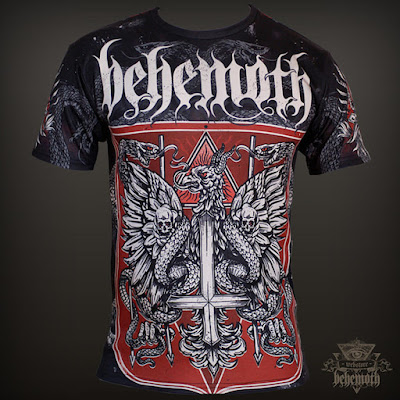 As you can see, it's pretty clearly evocative of the national arms, enough so that an heraldic expert consulted by the prosecutor's office said that the tour's artwork featured "a distorted image of Poland's national emblem," and that it "included elements and symbols considered Satanist and anti-Christian, with the aim of conveying content far removed from the historical and state ideology."

Polish law protects Polish symbols against public profanation and insult, and any public use may be considered a criminal offense, the conviction of which could result in up to a year in jail. Someone clearly thought that this artwork was both profane and insulting.

But an April 16, 2018 story notes that the charges against all three defendants have now been dismissed before the case went to trial, and Nergal has said on Instagram that the design "will soon be back in stock" in the band's webstore.

You can find the original story about the filing of these charges on-line at http://www.blabbermouth.net/news/behemoth-frontman-formally-charged-with-disrespecting-polands-national-coat-of-arms/, and the more recent news story about the charges being dismissed at http://www.blabbermouth.net/news/charges-dismissed-in-case-involving-behemoth-frontman-and-polands-national-coat-of-arms/

Email ThisBlogThis!Share to TwitterShare to FacebookShare to Pinterest
Labels: Poland