Another room at Mount Stuart was decorated for a child, but it, too, had plenty of heraldry. 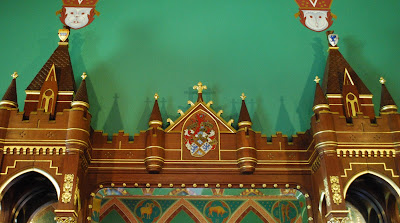 On one wall was this massive edifice, the ultimate "toy castle" to play with.

At the peak of the each of the towers are shields bearing the coats of arms of, left and right, respectively, Stuart and Crichton. 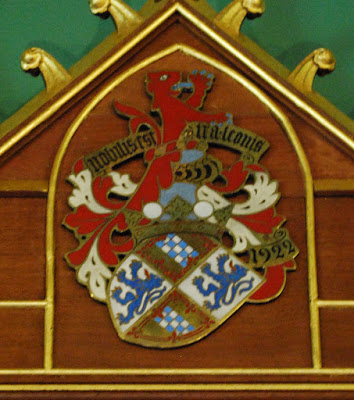 In the center, on a stall plate, are the arms of Crichton-Stuart, with the coronet of a marquess, and helm, mantling, Stuart crest and motto.

The stall plate may be that of John Crichton-Stuart, 4th Marquess of Bute, b. 1881, who succeeded his father, John, in 1900. My 1938 copy of Burke's Peerage doesn't give me a date when he was created a Knight of the Thistle, but 1922 (the date on the stall plate) is cited in Stall Plates of the Most Ancient and Most Noble Order of the Thistle as the year of his induction, and shows his stall plate in Stall 16 in the Thistle Chapel in Edinburgh. That book also notes that: "There is a contemporary copy of this stall plate now displayed in the Horoscope Bedroom in Mount Stuart, Isle of Bute."

The bedroom also has an astrological theme, with paintings around the upper walls containing naturalistic depictions of the 12 astrological signs. (You can see Cancer and Leo in the next two photographs.) 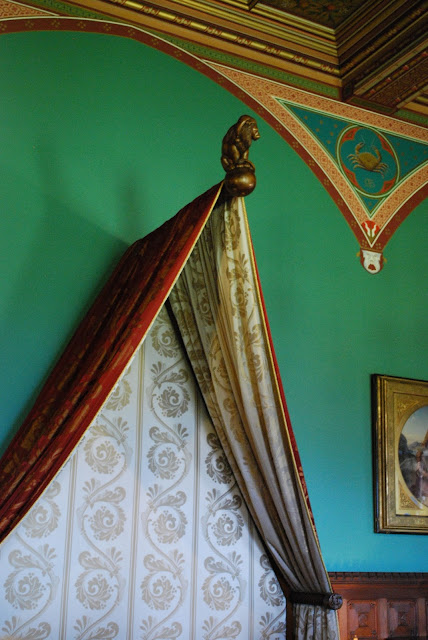 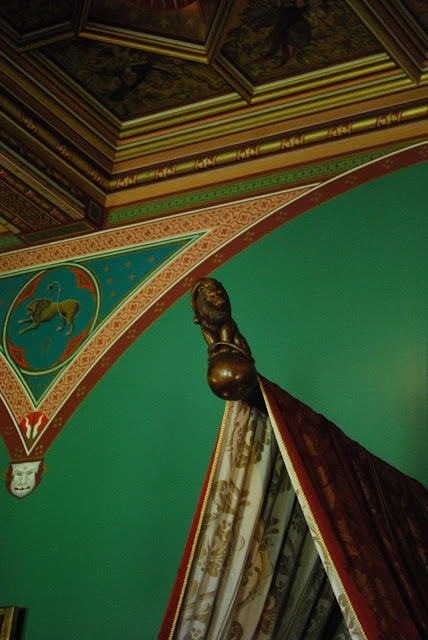 Above the bed in the room is a beautifully carved lion sejant wearing a nightcap on his head!

The room is also decorated with some other fanciful carvings (not heraldic, alas! But quaintly amusing nonetheless) of a bear and a fox or wolf playing musical instruments. 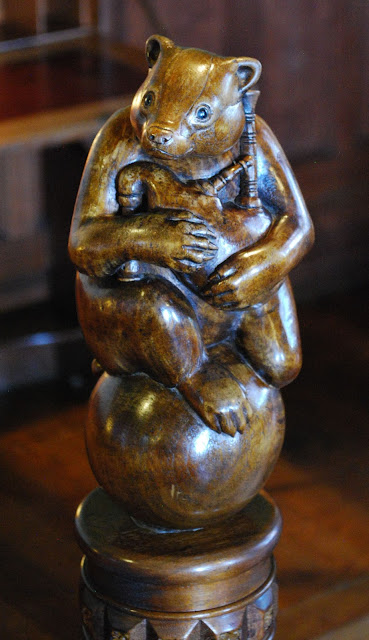 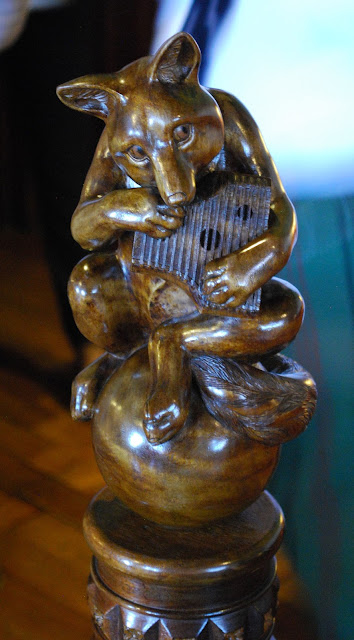 Just the thing to help a young lad get to sleep at night.