Speaking of Heraldic Accompaniments for the Home


And you thought your kegerator was a great addition to your house.

To borrow a line from the movie Crocodile Dundee: "That isn't a keg. This is a keg." 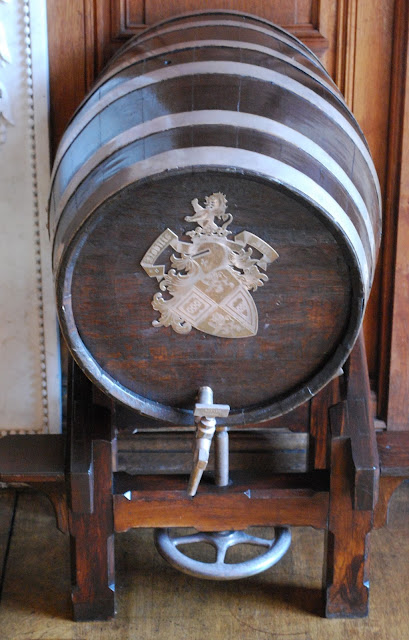 This is the Mount Stuart answer for when you have company over and someone mentions that they are feeling a bit parched. 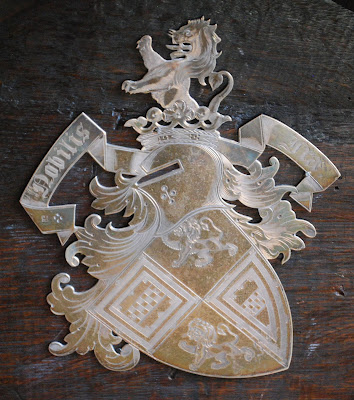 Naturally, is has the arms of the Crichton-Stuarts on it, in etched brass in the same general style as many of the stall plates you might see in, say, St. Giles in Edinburgh or St. George's Chapel at Windsor.

The display of heraldry includes the arms (Quarterly Stuart and Crichton), with the coronet of a marquess replacing the torse, the demi-lion crest of the Stuarts issuant from the coronet, and a different version of the motto, Nobilis ira (Noble ardor), which my hardbound copy of Fairbairn's Crests cites as that of Creighton-Stuart (not that I think that the different spelling Crichton is any real difference), replacing the longer one we saw on the tapestries last time, Nobilis est ira leonis.

Once again, then, we have a little something to consider the next time you are looking for something cool for your house that you can also mark with your coat of arms.