Family History in a Couple of Armorial Paintings


In my last post, you may have noticed a distinctive coat of arms at the top of one of the stained glass windows: Gules crusilly or a saltire argent. (That coat can also be found adorning the chapel at Mount Stuart, below.) 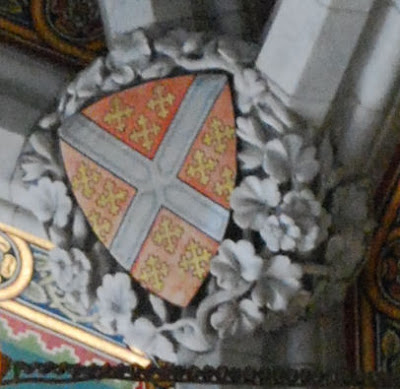 This coat of arms came into the Stuart (and later, Crichton-Stuart) family from the marriage of John Stuart, Viscount Montstuart, and Charlotte Jane Hickman-Windsor, daughter of Herbert Windsor, 2nd Viscount Windsor, and Alice Clavering. As heir to her father's estates, Charlotte brought some very large estates, especially in south Wales, with her into the marriage. 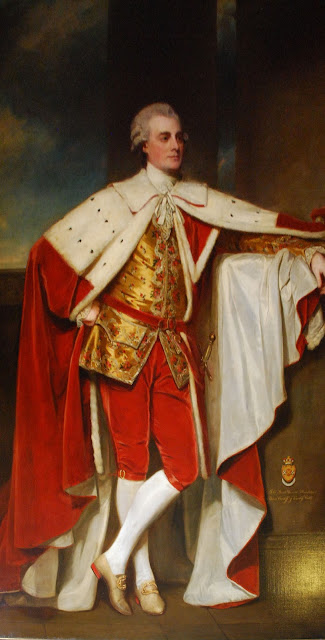 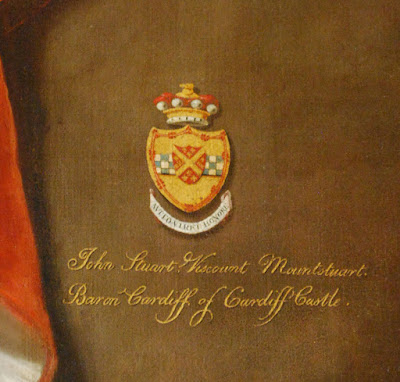 John Stuart, Viscount Mount Stuart, in 1776 was elevated to the peerage in his own right as Baron Cardiff of Cardiff Castle owing to his wife's lands in Wales. In 1792, he succeeded his late father as the 4th Earl of Bute, and in 1794 was created Viscount Mountjoy, Earl of Windsor (both titles held by his late father-in-law), and (1st) Marquess of Bute.

As you can see from the detail of the portrait above, he bears the Windsor arms in pretense (in right of his wife), and has surmounted the shield with a the coronet of a baron (as the title of Viscount was a courtesy title from his father). 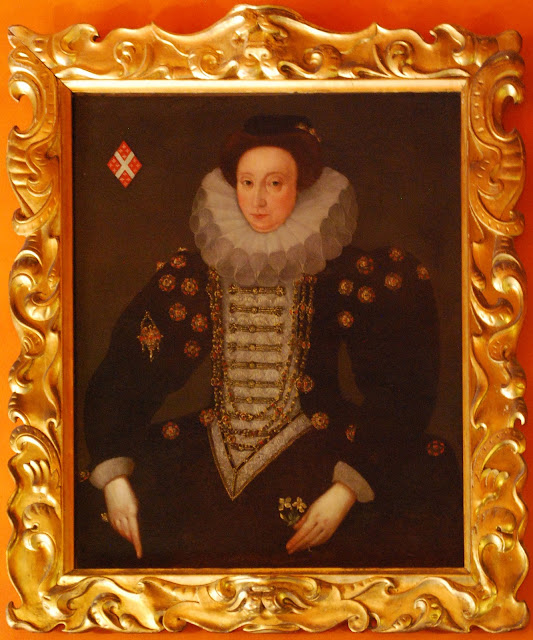 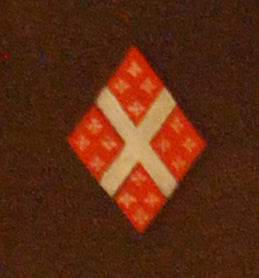 And here, I believe, is a portrait of Charlotte Jane Hickman-Windsor, though the clothes she is wearing here are from a good 150 years (or more) before this time. Could it actually be a painting of one of her female ancestors? That is certainly possible, but I have found no likely candidates in the history of the Windsors. Were they painting portraits of 18th Century women wearing late 16th-early 17th Century clothing? I have no idea.

In any event, these are but two of several armorial portraits hung in some of the rooms at Mount Stuart. We'll be looking at more in upcoming posts, so as they say on TV, "stay tuned!"