Heraldry in the St. Nicholas Garden at Provand's Lordship


Just outside of Provand's Lorship in Glasgow is the St. Nicholas Garden, "created as part of a tourist and environmental initiative by the Glasgow Development Agency, Glasgow City Council, and Strathclyde Regional Council." It's a very pleasant garden, and around part of it beneath an arcade are a number carved stone figures, and among these are a few coats of arms.

Unsurprisingly, given its wide use just about everywhere as an element of architectural design, the Royal Arms of Scotland. 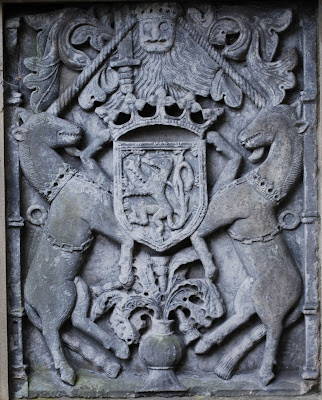 Note the very long horns on the unicorn supporters! And the startled look on the lion's face in the crest. (Perhaps a result of the tips of the unicorn's horns giving him a bit of a jolt? Anyway, wow.)

Also on display are two versions, one older, one newer (1995) of a variant of the arms of the City of Glasgow with the bird in the tree, the bell, and the fish with a ring in its mouth, along with the motto "Let Glasgow flourish". 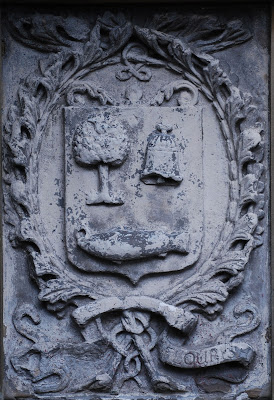 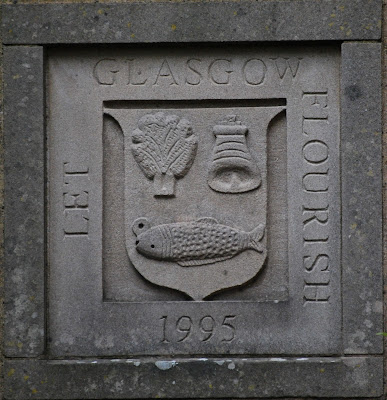 I always find it interesting to see how different artists will interpret the same shield, don't you?

And finally, there was this double panel with two different Campbell arms with the well-known gyronny. 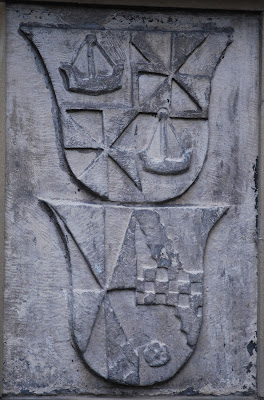 Presumably the lower shield shows the marriage of a Campbell with a branch of Stewart, with their fess checky.

And thus we end our tour of Provand's Lordship in the St. Nicholas Garden and a little time with some famous Scots heraldry.

Next time, we begin our tour of the Burrell Gallery and some of the heraldry that can be found therein.