The History and Legacy of a Herald 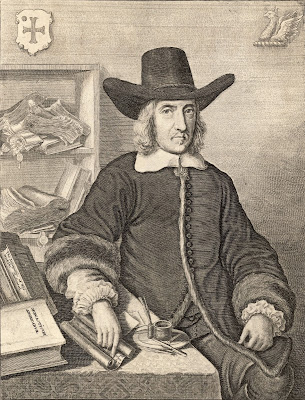 He was and remained an officer of arms at the College of Arms through one of the most turbulent periods of British history, the Civil War. He was Rouge Croix Pursuivant from 1639-1644, Chester Herald from 1644-1660 (the illustration of him above was made in 1656), Norroy King of Arms from 1660-1677, and Garter Principal King of Arms from 1677-1686. He was also one of Britain's foremost antiquarians, widely published and well-respected by both sides in the Civil War.

You can find this article, HERALD HISTORY: The written legacy of Sir William Dugdale (1605-1686) on the website of the Tamworth Herald at http://www.tamworthherald.co.uk/man-saved-history/story-29188368-detail/story.html#1