Some Results of Research on Arms on Heraldic Shirt


Well, I've had the time to do some research on the latest of my heraldic shirt acquisitions. 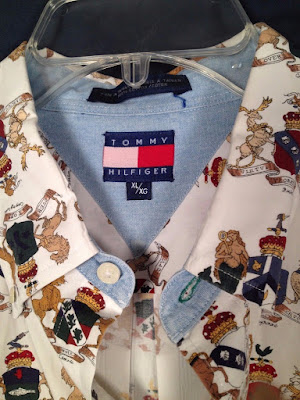 The results were surprisingly better than I had expected.  But, to report things in order:

All of the coronets on these arms were that of an English earl.  No dukes, no marquesses, no viscounts, no barons.  My immediate thought was that they were probably spurious. 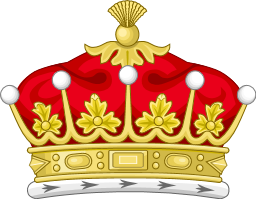 The coats of arms themselves are not really, as I had initially suspected, entirely bogus.  They do appear to be examples of actual arms, though in many cases the tinctures are changed (for example, one of the coats, labeled Landaff, would be blazoned Gules a lion rampant sable; a search on the internet for the Welsh motto with it came up with a coat of arms for Williams, Sable a lion rampant sable), and the text underneath them appears to refer to a place rather than the surname of the armiger.  And, of course, the coronet and supporters in many cases are inappropriate to the rank of the armiger.  Still, there was success in tracking some of them down.  To keep from boring you too much, I will give only a couple more examples.

One of the coats, labeled with what looks like the name Dabon or Badon, would be blazoned Argent on a bend azure three escallops argent.  (Well, except for a few places on the shirt, where the field was Gules, leading initially to some confusion on my part.  You can see both versions on the picture of the shirt above, one just below the collar buttonhole, and the other on the collar above and to the right.)  I could not find that name in Burke's General Armory.  The motto with the arms on the shirt, Virtus probata florebit (Proved virtue will flourish), was identified by Fairbairn's Crests as that of Bernard and Bernard-Beamish.  Looking up Bernard in Burke's, I found "Bernard (Earl of Bandon). Ar[gent] on a bend az[ure] three escallops of the field.  Crest - A demi lion ar[gent] holding a snake p[ro]p[e]r.  Supporters - Dexter, a stag; sinister, an unicorn, both ar[gent] each ducally gorged and chained or. Motto - Virtus probata florebit."  On the shirt the unicorn is lacking its horn (though it has its horn in the color on color depiction), and the stag is proper, or brown, but everything else matches up. 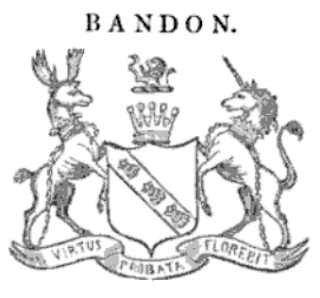 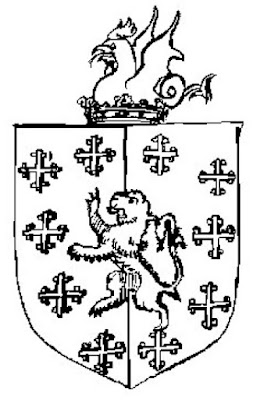 The motto with the arms on the shirt, Fortiter gerit crucem (He bears the cross bravely) is that of Allan of Blackwell Grange per Burke's Genealogical and Heraldic History of the Landed Gentry, while Fairbairn ascribes it to: Allan, Hely-Hutchinson, Hutchinson, Lawrence, M'Hutcheon, and Trittou.

So, despite the attribution on the shirt, and the addition of the coronet and supporters, the coat of arms itself, with the crest and motto, would pretty clearly belong to Hutchinson.

Not huge results for an hour or so of poring through the reference books (and pulling out the magnifying glass to try to read the names and mottos on the shirt; apparently my eyes aren't any younger than the rest of me!), but still an interesting search on this new heraldic acquisition.