A (Heraldically-Related) Tempest in Hong Kong


There is apparently a crisis of academic freedom at Hong Kong University.  In a recent (September 25, 2015) article about this crisis on the website of Hong Kong Free Press, writer Alvin Y.H. Cheung talks about what the University should stand for, and alludes to HKU's coat of arms to help make his point. 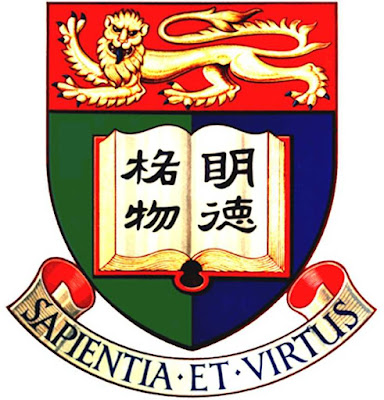 As he notes, "HKU's coat of arms - like all heraldry - is laden with symbolism."  He then discusses the shield, its colors and charges, and then its mottos (one on the shield in Chinese, the other on the ribbon below the shield in Latin), supporters, and crest, all as pointing to a fusion of East and West.

I find that his next to last paragraph is especially strong:

Perhaps the most important lesson to take from HKU's heraldry is that it represents a connection to university values and a wider tradition of learning. The very idea of a university - a self-governing body of teachers and students - shares its origins with heraldry, in Medieval Europe. The current debate over HKU's institutional autonomy - and the increasingly-overt signs of political interference with the process of appointments - represents a direct attack on all of the values embodied in the university coat of arms.


All in all, it's an interesting article, bringing to a 21st Century discussion of academic freedom an appreciation of a centuries old Western heraldic tradition and how the latter may apply to the former.

You can read the entire article on-line at https://www.hongkongfp.com/2015/09/25/the-university-of-hong-kongs-academic-crisis-a-blot-on-its-coat-of-arms/