As Promised, My _Other_ Recent Heraldic Acquisition


As I said last week when talking about my new acquisition of an heraldic shirt, I had another one on the way, and it has arrived! 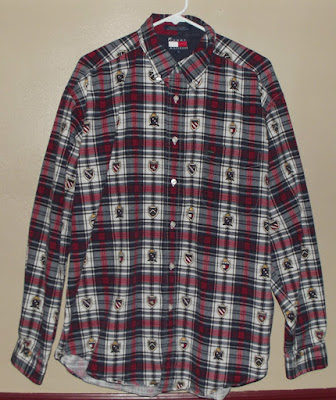 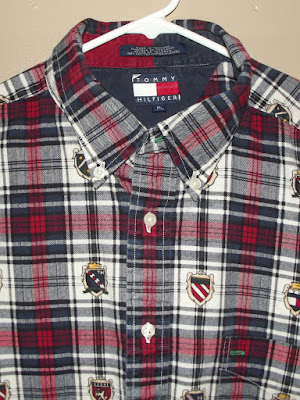 As you can see, it's not crammed full of shields like the last one, and here most of the heraldry appears to be made up (several of the shields have the letters "TH" on them, presumably for the manufacturer, Tommy Hilfiger), but still, I think it's going to be a fun shirt to wear in the fall for cooler weather.

And in the time since I ordered these first two shirts, I've found yet another shirt with heraldry all over it, this time with what appear to be British arms with coronets of rank (I've spotted the coronets of both barons and viscounts in looking at the pictures of it), crests, and supporters.  I'll let you know all about it after it arrives (sometime this week, I think!).

If the pattern of shields doesn't repeat itself too closely, it's possible that I could even give a short talk on the identification of the coats of arms on it, to include a brief discussion of the owners of each coat.  (As was suggested one time that I could do with one of my heraldic ties.)

I'll let you know when it gets here!
Posted by David B. Appleton at 6:00 AM