People Who Don't Know Much About Heraldry ...

Of course, that's just my opinion, and I could be entirely wrong.

But I don't think so.

The HAC! team of Zitec, a Romanian software/web solutions company, has decided to celebrate the company's 10th anniversary by designing a new coat of arms (which incorporates Zitec's "coat of arms" as a major element).  Here's their design, and a brief explanation of each of the charges: 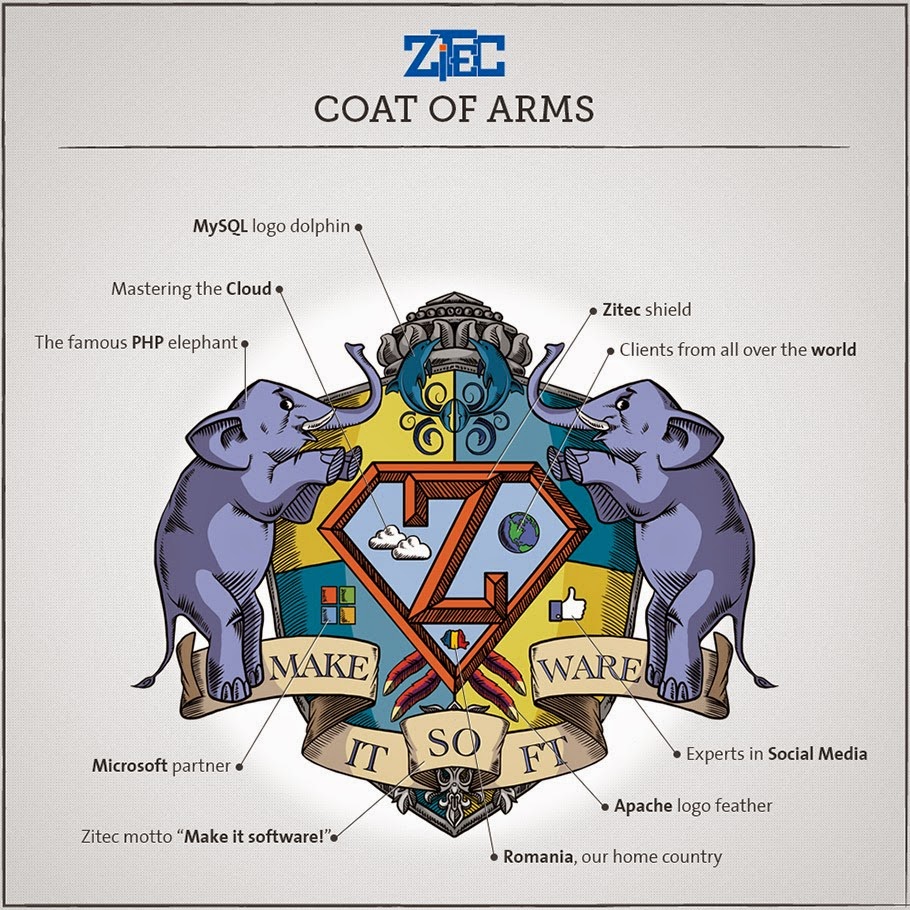 As you can see, they apparently decided to go with the "everything but the kitchen sink" school of heraldry in their design.

And though the elephants are described as "supporters," they look to me like not only are they not supporting the Zitec inescutcheon, they appear to be attacking it and are about to crush it under them.

I'd go into more detail about why this is poor heraldic design, but I probably don't really have to, do I?  (The fact that I ran across this image posted on Facebook in the "Heraldry Hall of Shame" group probably says as much or more about it as I can.)

Still, if you'd like to know more about this design, and what it means to Zitec, they have a page over on the Zitec blog you can check out at http://blog.zitec.com/2013/zitec-coat-of-arms-explained/

Email ThisBlogThis!Share to TwitterShare to FacebookShare to Pinterest
Labels: Romania