Could It Be? Well, Maybe Not.


Last week I noted an article about some researchers who wanted to open a tomb in Naples, Italy because they believed it held the remains of Vlad III Tepes, known as Dracula. 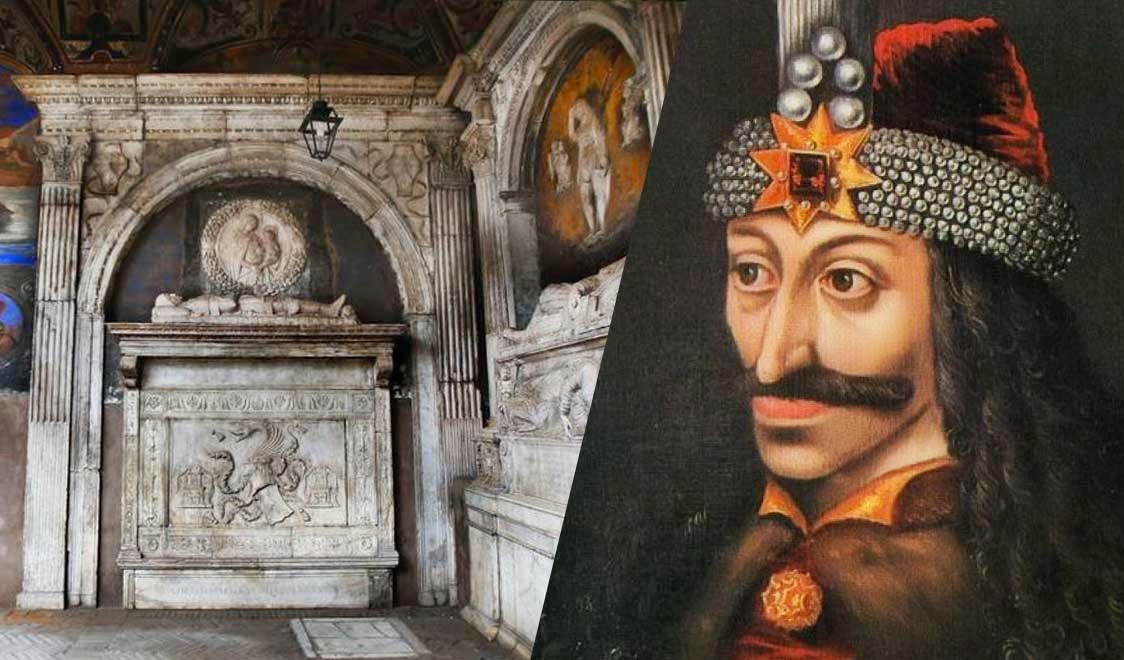 Here is the tomb in Santa Maria Nova church in Naples, with a painting bust of what is known to be Vlad the Impaler.

It turns out that maybe those researchers are most likely incorrect in that identification.

In perusing several articles on the internet about these claims, there are a number of folks debunking this "find."  And the heraldry on the tomb is one of things that is being used to demonstrate that the monument is not that of the Wallachian voivode, or prince.

For one thing, as one article notes, "while the dragon was indeed the main element in the badge of the Order of the Dragon to which Vlad III's father belonged, none of the Order dragon depictions resemble that on the Italian bas-relief." 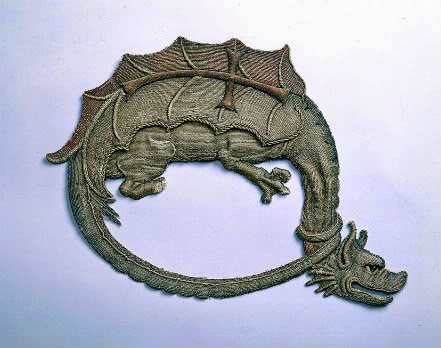 Indeed not, as the insignia of the Order of the Dragon here demonstrates.

Further, while there is a woman named Maria Balsa, there is nothing which links her to Vlad, whose recorded offspring are only sons.  And Maria Balsa's father-in-law, Matteo Ferrillo, whose arms are depicted in A.C. Fox-Davies' The Art of Heraldry, or what I tend to think of as the "Big Fox-Davies" (for obvious reasons; it's a quarto sized volume).  The arms appear on Plate CXXX (I've scanned the image there and inserted it below for you), with a description on page 452 (in the edition I have) as follows:

Fig. 3.  Arms of Matteo Ferrillo (Conte de Muro), from his monument in the Monastery of S.M. la Nuova in Naples (end of fifteenth century): Argent, a chevron, and in chief three mullets gules.  Crest: a dragon's head and neck, with wings addorsed. 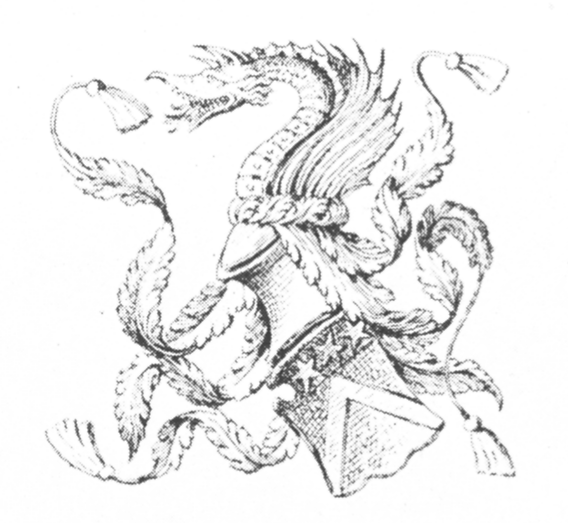 (I have to admit, it was nice to have an excuse to open up the Big Fox-Davies again; it's so awkward to hold and skim through that I don't often pull it off the shelf to peer into it.  That's a shame, because it's a really nice work on heraldry.)

There is other evidence that cast doubt on the identification of Matteo Ferrillo's tomb as that of Vlad III Tepes, but not being heraldry-related, I'm not going to include them here.  If you'd like to read more about all of the evidence presented against this being the tomb of Dracula, feel free to check out the following articles on-line: