Tempest in an Heraldic Teacup


For almost all of the last ten years, this has been the seal of Los Angeles County in California: 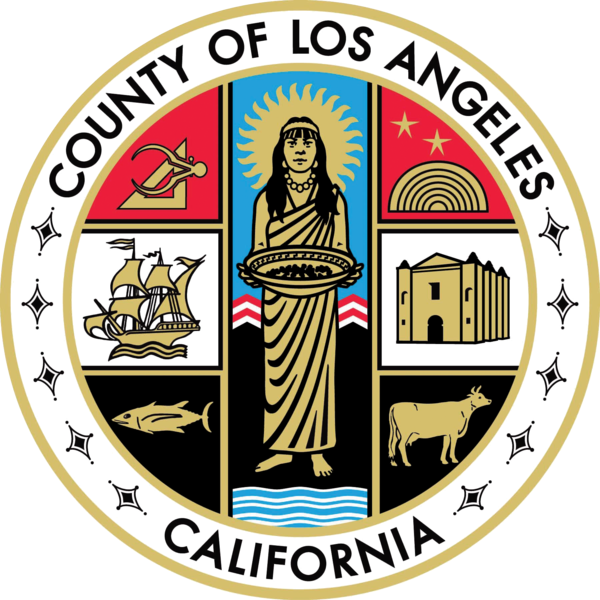 It's very busy, heraldically speaking.  But the building in the center panel on the right (heraldic sinister) is the Mission San Gabriel Arcangel, a Catholic mission dating back hundreds of years. It's missing a cross because from 1987-2009 the actual building didn't have one (due to it being destroyed in an earthquake, then stolen). It wasn't until 2009 that the cross was restored on the building.

On January 7 of this year, the Los Angeles County Board of Supervisors voted to add a cross back to the county's official seal, despite warnings the decision would invite legal challenges that doing so might be seen as a governmental promotion of a specific religion, something which is prohibited in the Constitution of the United States.

The Board members voting in favor of adding the cross point out that for much of its history, the Mission did have a cross atop the building.  Opponents of the addition of the cross to the seal point out that the image of the mission on the seal doesn't include bells, either, but note that San Gabriel's bells are famous.

Some find the controversy important, since the county seal used to have a free-floating cross above a rendition of the Hollywood Bowl (below), and this was changed in 2004 to the new version above at least in part because of concerns about that cross. Who would have thought that such a small charge could stir such passions on both sides of the argument?  And they say that heraldry isn't relevant any more.

More stories, and letters to the editor from both sides of the controversy, can be found on-line in the Los Angeles Times website at: